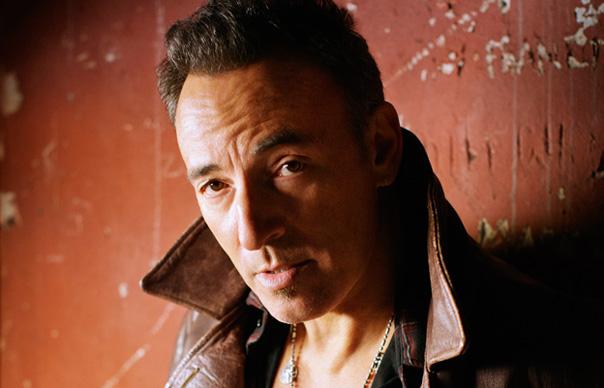 Bruce Springsteen has never been shy of confronting the gloomy and unpalatable downside of capitalism – indeed, some would say he rather revels in the bitter tears of working-class defeat – but he’s never before sounded quite so bitter and angry as he does on Wrecking Ball.

The contrast with his last studio album, 2009’s Working On A Dream, is instructive: on that record, flush with the renewed hope furnished by Obama’s election, he meditated optimistically upon the possibility of change, alongside the usual complement of blue-collar tableaux, with even a few cheery, almost euphoric, contemplations of a possibly positive future. Here, the few glimmers of light are themselves occluded by curtains of bitter irony and weary acknowledgement of defeat. It’s as if this most engagingly demagogic of American underclass standard-bearers is having to fight grimly to stave off the lure of nihilism.

On first hearing, the opener “We Take Care Of Our Own” sounds like a typical Springsteen anthem of uplift, a celebration of fellowship and communality that one can see being hijacked by politicians the next time Navy Seals pluck an American citizen from the clutches of Somalian pirates, or take out some high-level jihadist. “Wherever this flag flies,” he sings, “we take care of our own”. But then you start hearing what he’s actually saying, and it’s another “Born In The USA” moment, as he pours out condemnatory question after question: “Where’s the promise from sea to shining sea? Where’s the work that will set my hands and my soul free?”. And the song’s most potent image, “From the shotgun shack to the Superdome”, transforms from a superficially bullish expression of inter-class community to something with a sting in its tail, the mention of the Superdome inevitably drawing one’s mind back to Hurricane Katrina, when America signally failed to take care of its own. That disregard, he suggests, has spread across the entire country.

And there’s no dispute here about who’s to blame: Wrecking Ball features the bluntest condemnations of bankers and big business yet expressed by a star of Springsteen’s magnitude. “Up on banker’s hill, the party’s going strong; down here below, we’re shackled and drawn” he avers in “Shackled And Drawn”, one of several songs in which the dense, ebullient folk-rock textures blend with revivalist gospel touches, in a burlier, more muscular version of the hootenanny stylings of the We Shall Overcome Seeger Sessions album. In “Death To My Hometown”, the big, sturdy beat, fiddle and tin whistle bring the flavour of an Irish rebel song to another condemnation of the “robber barons” who managed to destroy families and factories without firing so much as a single shot.

But has Bruce ever been this bitter and bloodily corporeal before? “They left our bodies on the plains, the vultures picked our bones… the greedy thieves who came around and ate the flesh of everything they found…” Rather than the pained nobility of previous Springsteen anthems of dispossession, this has the visceral tang of a horror movie: capitalism as cannibalism. There’s an inescapable impression that, decades on from the great romantic blue-collar gestures of Darkness On The Edge Of Town, The River and Born In The USA, he realises that for men and women thirty years older than then, losing one’s job is so much closer to losing one’s life.

Hence the bitter truth behind a song like “This Depression”, a slow, mournful piece streaked with Tom Morello‘s eerily yearning guitar, in which economic depression brings emotional depression, bluntly stated in a cry for help from his beloved: “I haven’t always been strong, but never this weak”. It’s bleak, but not in the fancifully literate, cinematic manner of Nebraska; it’s not a study in bleakness, it’s just as grim as it gets. Again, there’s an underlying acknowledgement that these slings and arrows of outrageous fortune are that much more wounding for those in their fifties and sixties than they were thirty years earlier, when the prospect of failure could be burnished with a Bukowskian lustre of romantic tribulation.

Anger all but overtakes Springsteen in “Jack Of All Trades“, where slow piano triplets carry his careworn delivery of the protagonist’s sentimental determination to survive by taking any job offered. A trumpet and mandolin break piles on the poignancy as he reflects on how “banker man grows fat, working man grows thin”, his stiff upper lip finally slipping to confide how “If I had a gun, I’d find the bastards and shoot ’em on sight”. As the song ends, the Spectoresque welter of horns, guitars and chimes seems to chorus assent. The flipside attitude is expressed in “Easy Money”, which deals with the corrosive trickle-down effect of toxic greed: if they can get away with it, reasons the benighted protagonist preparing for petty crime, why should I follow the rules?

Elsewhere, “You’ve Got It” offers a Little-Feat-style steel-guitar tribute to a lover’s indefinable qualities, while “Rocky Ground” dips into religious imagery of money-changers and an endangered flock as it looks to a new, less troubled dawn. And inspired by the demolition of Giants Stadium in New Jersey, “Wrecking Ball” itself was written some years ago, and first performed on the Working On A Dream tour, which perhaps explains the truculent tone of the song’s resolute fatalism, which employs the failing building as a metaphor for the doomed nobility of human endeavour: “When all this steel and these stories drift away to rust, and all our youth and beauty has been given to the dust”.

“Land Of Hope And Dreams”, one of several songs employing the kind of white gospel choir vocals used by Dylan on “All The Tired Horses“, was written even earlier, back in the late ’90s. A full-blown Springsteen anthem with added mandolin wistfulness, incorporating Clarence Clemons‘ final solo for The Boss, it’s an updated version of those Woody Guthrie dustbowl ballads anticipating a new life in California; it’s typically resolute and uplifting, but in this context its exultant spirit seems a touch bogus, though it’s understandable he would want to end the album on a more positive note. Which gives the concluding “We Are Alive” which follows the run-out groove crackle an unexpected mordancy, as Springsteen gives voice to the graveyard dead: “If we put our ears to the cold grey stones, this is what they’d sing: we are alive”. Set to a chipper Johnny Cash-style mariachi groove of banjo, whistle and horns, it’s a strange but redemptive affirmation of the human spirit, and, in the face of endemic depression of all kinds, of endurance as the defining heroic act of our age.
Andy Gill