Serviceable cop drama, with a debt to The Wire... 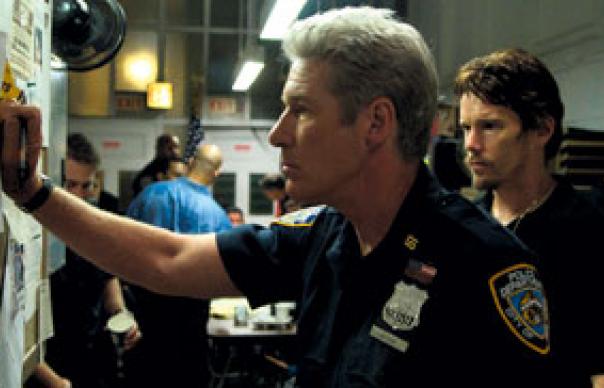 “It’s not about right and wrong,” one character opines. “It’s about righter and wronger.”

While we’re mulling that one over, Training Day director Fuqua introduces three New York cops: Sal (Ethan Hawke) is angry, over-burdened, on the edge. Eddie (Rihcard Gere) is just days away from retirement, and has long since decided to let things slide. And Tango (Don Cheadle) is so deep undercover he’s no longer sure where he stands.

In other words, first-time screenwriter Michael C Martin has come up with three old chestnuts for the price of one – the stories ultimately converging, Crash-like, on a very bad night in the projects. If the casting triggers memories of several prime cop dramas (Internal Affairs, Boiling Point and The Wire, among them), Brooklyn’s Finest can’t shake their influence. Even so, it’s played with considerable intensity – by Hawke especially.

Incidentally, good to have Wesley Snipes back after his run-in with the tax man five years ago.