Brutal, theatrical biopic of the other Charles Bronson 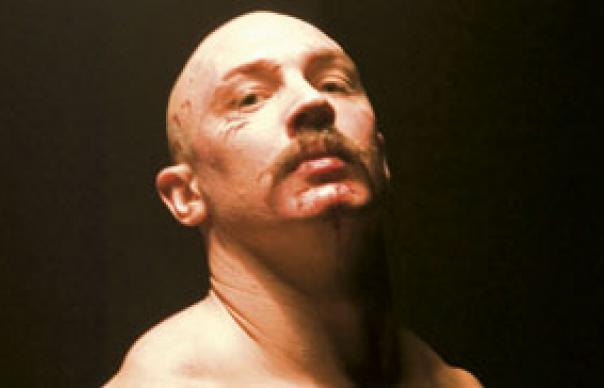 Danish director Nicolas Winding Refn made his name with the Pusher trilogy – and, er, Miss Marple – but Bronson is something else. Inspired by the infamous prisoner Charles Bronson (real name Michael Paterson), who has spent 30 of his 34 years of incarceration in solitary, the narrative is twisted by the director into a meditation on creativity and fame. It’s oddly theatrical, borrowing some of Kenneth Anger’s homoerotic playfulness, and his ironic use of music (Pet Shop Boys, New Order, Wagner).

There’s also a slightly artificial sense of Britishness that threatens to turn it into The Loneliness Of The Long-Distance Nihilist. But the artifice and the ultraviolence are held together by fierce central performance by Tom Hardy. His Bronson’s owes something to Malcolm’s McDowell’s Alex in A Clockwork Orange. He’s more of a dog than a man, flickering between sweet compliance and illogical rage, ending up daubed like a Francis Bacon death mask. So successful is Hardy at establishing the reflexive dread of his character that he undermines the director’s conclusion, that Bronson is a lost soul searching for self-expression.