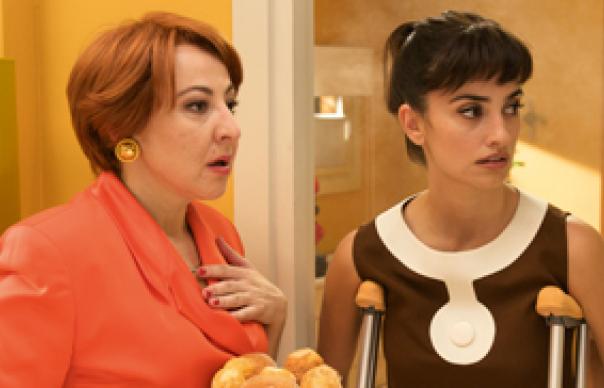 Every few years, Pedro Almodóvar makes a film that reminds you how magisterial his cinema can be – a Volver, an All About My Mother. But then he’ll tend to relapse into his routine idiosyncracies, as in Broken Embraces. His films can be uncomfortably navel-gazing, and that’s the case in this somewhat maudlin contemplation of the woes of film-making and the life artistic.

Not for the first time, Almodóvar’s narrative ingenuity gets the better of him in this convoluted tale of love, jealousy and madness centred around blind screenwriter ‘Harry Caine’ (Homar), who in happier years was director Mateo Blanco. A complex flashback structure traces the downfall of Mateo, as he meets Lena (Cruz), a secretary and sometime call girl fated for big screen glory.

The film takes in an opulently shot interlude on Lanzarote, as well as nods to Hitchcock, Buñuel’s Belle de Jour, Warhol’s paintings and Almodóvar’s own early style. Male lead Homar is lugubrious, but La Cruz radiates in her dressiest, most impish role yet. Yet even she, and the odd brilliant flourish, can’t save this otherwise minor exercise from the man of La Mancha.