In British pop history the feature film often marks the fatal moment of imperial overreach of a particular scene or band. From Magical Mystery Tour to The Great Rock And Roll Swindle or Absolute Beginners, be they grand follies, works of cynical exploitation or pretentious fiascos, they almost always mark the end of something. 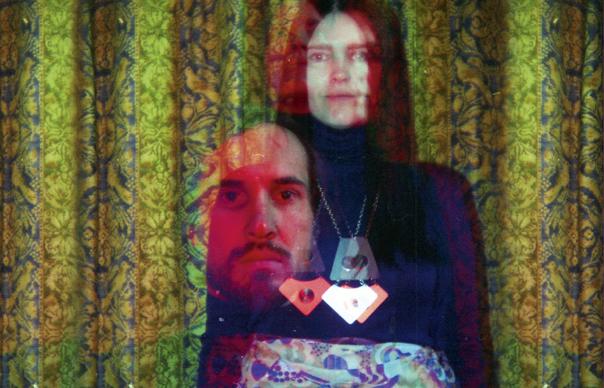 In British pop history the feature film often marks the fatal moment of imperial overreach of a particular scene or band. From Magical Mystery Tour to The Great Rock And Roll Swindle or Absolute Beginners, be they grand follies, works of cynical exploitation or pretentious fiascos, they almost always mark the end of something.

Is Peter Strickland’s remarkable Berberian Sound Studio, then, the epitaph of hauntology? From its Julian House poster and title sequence to Toby Jones’ sartorial symphony in tweed, the Box Hill chaffinches and Italian catacombs, its fetishistic celebration of analogue audio and its invocation of the occult power of the horror soundtrack, the film feels less like a moment of cultural dissipation than of culmination: the moment, the gesamtkunstwerk, the movement was always aspiring to.

So it’s fitting that the soundtrack is provided by Broadcast. It’s arguable that the whole scene that has burgeoned over the last decade around the Ghost Box label, the wider fascination with that fleeting seventies conjunction of ancient Lovecraftian wyrd and utopian Radiophonic bliss – has been a long reckoning with the cultural nerve they touched. From humble mid-90s beginnings as Stereolab fellow travellers, Broadcast increasingly look like the key British group of the last 20 years.

The appearance of “The Book Lovers” on the soundtrack of Austin Powers: International Man Of Mystery notwithstanding, it’s a mystery the group weren’t commissioned to work on soundtracks sooner, such was their evident feel for the scores of Barry, Morricone, Luboš Fišer. For BSS Strickland commissioned the group to provide themes and moods for the unseen film within a film, Il Vortice Equestre.

Broadcast’s soundtrack perhaps wisely doesn’t attempt to emulate or pastiche the fingernails-scratching-the-blackboard-of-your-mind of Maderna’s more extreme adventures in music concrete, amounting instead to a kind of refinement or abstraction of the phased wig-outs and harpsichord reveries of their greatest hits. Heard on its own, as that old ambient alibi – the soundtrack to an imaginary film – made concrete, it’s not an easy listen, not least because moments of eerie enchantment are swiftly followed by tracks consisting of a couple of minutes gibbering from a dangerously aroused goblin. It doubtless works best heard in the cinema or the home theatre, and especially in the context of Julian House’s beautifully lurid title sequence.

But it’s uneasy listening also because of the grief many of us still feel for the loss of Trish Keenan, who died between the soundtrack’s commission and completion. Listening to her wordless vocals on “Teresa, Lark Of Ascension” or the mournful mellotron that laps around the birdsong and laughter of “Such Tender Things” feels almost unbearably poignant. The analogue traces of a woman’s voice, still reverberating in the ghost box of the recording studio: well, that’s the uncanny hauntology of phonography, right there.
Stephen Troussé

Q&A
James Cargill
How did you first meet Peter Strickland?
The first contact was an email. He was writing the screenplay and he put the feelers out… Then me and Trish went to meet him in Reading and the relationship grew from there. I think he loved Broadcast. He knew we’d referenced a lot of the music he was referring to in the film.

Were there any particular soundtracks that were touchstones for you?
A lot of the Italian stuff, pre-Goblin, pre-Suspiria, the more mournful side of it, the romantic side of the giallo stuff. We tried a more heavy approach in the beginning, the more bombastic horror thing and it just wasn’t working. A lot of the time in Berberian, though the music we were composing was for the Equestrian Vortex film within a film, while you’re watching the film, you’re watching Gilderoy listening to that music. So it has to have a musical connection to him as well. So the more yearning and pastoral sound of the soundtrack felt right.

Is soundtrack work something you’d like to do more of?
The thing about Berberian was I really enjoyed working with Peter. Of course it was me and Trish who started it and now she’s not with us any more. So I don’t know about soundtrack work in general, but I’d definitely work with Peter again.

Will there be more releases from Broadcast?
Trish left quite a lot of songs so I just need to arrange them really. So there will be another Broadcast album yes. I’m not sure when it will be ready though.
INTERVIEW: STEPHEN TROUSSÉ