No MG’s – instead, try Neil Young and the Drive-By Truckers 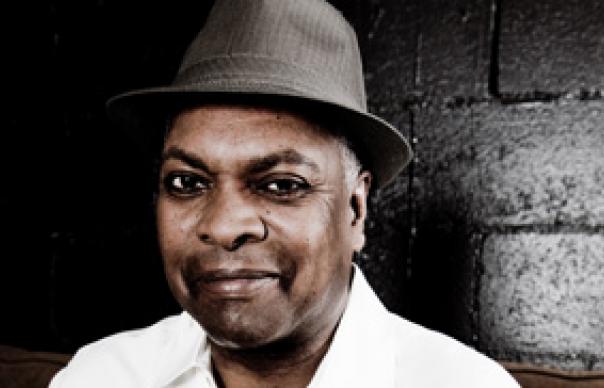 Were one to extract the names of various disparate musicians at random from a hat, it would be difficult to come up with a less likely sounding collaboration than this. Booker T Jones, frontman of the MG’s, dormant as a solo artist for more than 15 years, has now reappeared, and is backed by the Drive-By Truckers and Neil Young. On closer examination, the enterprise seems a little less peculiar. Booker T & The MG’s served as Young’s backing band on 2002’s Are You Passionate?. The Drive-By Truckers also have form as hired help, having fallen in behind Bettye LaVette for 2007’s terrific Scene Of The Crime.

The circle is strengthened further by the coincidence of Booker T & The MG’s’ 2008 induction into the Rock’N’Roll Hall of Fame with that of the Muscle Shoals Rhythm Section – the legendary ’60s and ’70s Alabama studio ensemble in which David Hood, father of the DBTs’ Patterson Hood, played bass.

Diverting though the charting of the personnel is, their collective record (and collective records) would only amount to a vertiginous slide into the damp mud of disappointment were the music they conjured less than magical. Happily, Potato Hole proves as extraordinary, delirious and laugh-out-loud weird as anyone might dare hope. Of the 10 tracks it contains, seven are new Booker T compositions, three covers (one each from OutKast, Tom Waits and DBTs themselves). All are instrumentals. The key, as ever where Booker T is concerned, is to understand and appreciate his distinctive electric piano as the voice.

Everybody reading this will know that voice, almost as surely as they know Lennon’s or Dylan’s. Though Booker T’s keyboard is best known for 1962 floor-filler “Green Onions” and (in the UK) from the theme for Test Match Special (originally recorded as “Soul Limbo”), it has been a constant presence in the rock’n’roll firmament, whether beneath Booker T’s own dextrous fingers (as the house band for Stax records, the MG’s played on records by Sam & Dave, Otis Redding, Eddie Floyd, among others) or those he influenced (perhaps most obviously, The Doors’ Ray Manzarek). Fittingly, that sound – that big, nervy, chowa-chowa Hammond – is the first thing heard on Potato Hole, cueing up “Pound It Out”, in which Booker T riffs insouciantly against metal guitar powerchords. It could be the theme for a 1980s detective series.

All great bands are that ineffable bit more than the sum of their parts, and that is happily true of Booker T’s makeshift backing ensemble here. The DBTs’ easy way with a Stonesy groove perfectly suits “She Breaks” and “Warped Sister”, and Young’s gruff soloing tops the deadpan surf boogie of “Native New Yorker” with startling but spectacular congruity. While all of Booker T’s compositions are instantly memorable – some feat when cutting out the voice and the lyric, and one that says much about the man’s skill as a pop arranger – it’s the brilliantly cast cover versions that are the best arguments for buying this. Tom Waits’ “Get Behind The Mule” is gently faithful, all clattering drums and guitars prowling like an alley mugger behind Booker T’s playful playing. The DBTs’ own “Space City”, though shorn of Mike Cooley’s original words, sounds no less an exquisite elegy to heartbreak. And you absolutely do not want to be friends with anyone capable of suppressing a yard-wide grin for the entirety of this supergroup’s version of “Hey Ya”.

A joy all the more thrilling for being so unlikely, so unexpected, and so long in coming. It must be heartily hoped that all concern reconvene, and soon.

How did you settle on the Drive-By Truckers as your backing band?

I’d listened to some of their albums, and I’ve known Patterson’s dad for a long time, of course. We have a lot of the same influences – Lynyrd Skynyrd, Neil Young, all the Southern influences.

How long had you been writing these songs?

I started in March 2007. I’d had some of the ideas for a while, but hadn’t put anything on tape. I wrote these songs on guitar. I’d sit in the studio, holding a thought in mind, and some type of mental picture would appear.

You’ve chosen three great songs to cover. How many others did you consider?

A lot of people were considering songs. We made the final decision by going on instinct at the last minute. Actually, we did quite a lot of the album that way. I just listened to my feeling, and went in that direction.

We did everything live, and it was recorded quite quickly, four or five days, and then I recorded Neil’s parts with him in San Francisco later. Neil plays all the lead parts. I played a little rhythm guitar and a little acoustic guitar.

When he asked, I gave him directions, and he did ask a number of times. But mostly, I left him alone…