Bobby Womack – The Bravest Man In The Universe 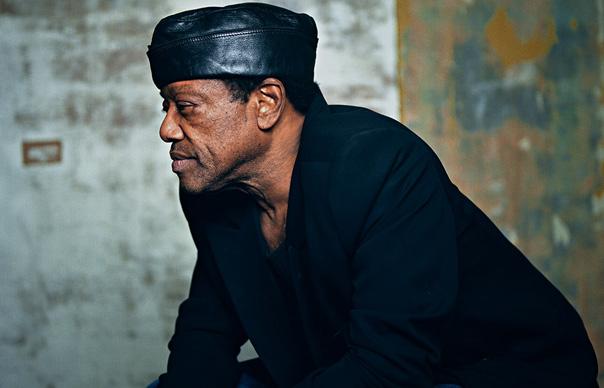 Damon Albarn certainly makes things happen. Having lured Bobby Womack from semi-retirement to add his soulful rasp to the Gorillaz’ “Stylo” (and persuading him to tour with the group), Albarn then fired up the singer and XL’s Richard Russell to make an album, Womack’s first offering in 14 years.

The results are startling, setting Womack’s distinctive voice against stark electro backings and thunderous beats. A few wisps of synthetic strings and a couple of gospel stomps evoke Womack in his prime years in the Seventies and early Eighties, when albums like Communication, Across 110th Street and The Poet were among the finest (and most successful) creations to emerge from black America, yet The Bravest Man unmistakeably belongs to the 21st century – 21st century London at that.

There is surprisingly little of Womack’s guitar playing in evidence – odd, given the prowess that made him a sought after session player in his early years, when he helped Janis Joplin, Aretha Franklin and Sly Stone among others. Instead comes Albarn’s piano – minimal, even spectral at times – plus samples, synths and beats, plus somewhere in the background is Womack’s longtime co-writer Harold Payne.

It’s tempting to draw analogies with Russell’s resurrection of another soul veteran, Gil Scott Heron, on I’m New Here, but the downbeat feel of Heron’s album is in contrast to the emotional outbursts of The Bravest Man. Most often it’s anguish and regret that are its driving force. “Please Forgive My Heart” finds Womack in the grip of a pain that “won’t let up – it feels like the sky is falling”. He delivers a terrific heartfelt vocal, and though the melodic background coda hints at resolution, the song offers no way out of the pain.

A sense of stoical endurance is the trademark of the album, whose opening line “The bravest man in the universe is he who has forgiven birth” seems to acknowledge that, in the Buddha’s words, ‘all life is suffering’ (because of human imperfection). “Sweet Baby Mine” offers more heartache, as Womack tortures himself with the questions that haunts all forlorn lovers – “What happened to those good times?” – amid a swirling, echoing production.

“If There Wasn’t Something There” is another contemplative piece – a scrap really, not much more than the title phrase – but set to a taut, edgy rhythm, it works well. The title of “Nothing Can Save Ya” tells its own story, with Womack’s wracked, distorted performance offset by the warm, melodic vocals of Fatoumata Diawara as his answering ‘ex’.

There’s another female guest, Lana del Rey, on “Dayglo Reflection”, which includes a somewhat superfluous quote from Womack’s original mentor, Sam Cooke, about becoming a better singer over time. Again, Womack’s bluesy approach – “waiting for the day to bring me life” – is set against de Rey’s dreamy, haunting vocals. Less successful is “Stupid”, which opens with a droll observation on TV evangelism from Scott Heron before Womack rails against the media “poisoning your mind”.

The upful stuff arrives in the shape of a couple of r-animated gospel pieces. “Deep River”, with Womack accompanying himself on acoustic guitar, is an antique spiritual that he would have sung as a boy in church in Cleveland, and again with his brothers in The Valentinos when they were signed to Sam Cooke’s label (Cooke himself sang the number). Now, at 68, when Womack delivers the line “You know I ain’t got that much longer to stay here“ it has a more pressing and affecting meaning.

“Jubilee (Don’t Let Nobody Turn You Round)” is another song whose origins reach back into black American history – there are numerous versions, including one by Blind Willie Mctell. Here Womack and co take the gospel message at speed, set to a hammering synthetic rhythm. Musically it’s not altogether convincing although as the closing two minutes to an often harrowing album, it works well enough, a defiant shout against the suffering, and a reminder that, as Albarn says, ‘a world with Bobby Womack in it is a richer place”.
Neil Spencer

Q&A
BOBBY WOMACK
It must feel good to be back…
I had given up on music to be honest, I thought I didn’t have the necessary spark any longer. I’d lost my confidence. I credit Damon for giving it back to me and believing in me. When he first called me I’d never heard of any Gorillaz group! It was my daughter who told me they were cool and that working with them could be a way back.

This is a very different Bobby Womack album…
I just needed the chance to experiment. It’s daring, and I hadn’t used so many electronics before, but the voice is still what carries the spirit. I made a lot of albums in my career when I was pleasing recod companies instead of pleasing myself. I had to fight like hell to make a country album for example [BW Sings C&W]. This was an altogether different experience, these were some of the easiest sessions I’ve ever done.

Even though the head of the record company was in the studio?
I thought Richard [Russell] was just another musician, I couldn’t believe it when they told me he was the president of the company! He understands sound, though, and we became a tight team.

And a painful record at times…
OK. It’s just about telling the truth, really.