Seasoned campaigner yanks up his roots... 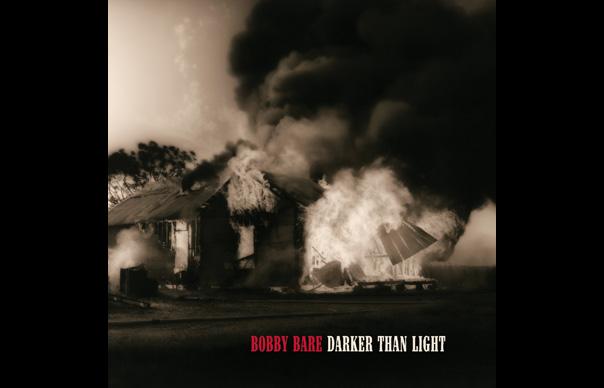 Seasoned campaigner yanks up his roots…

Save for a 2005 solo album and an unlikely recent collaboration with Petter Øien at the Norwegian heats of Eurovision, Bobby Bare has been pretty low key since the early ‘80s. So where better to mount a comeback than Plowboy Records, the new label set up by Eddy Arnold’s grandson to restore the profile of once-thriving country players?

There is something satisfyingly cyclical about Darker Than Light. Not only has the Nashville veteran returned to RCA’s famed Studio B, scene of 1962’s debut hit “Shame On Me”, but he’s also reached back into the folk-rooted songs that first inspired him. One of them is “Tennessee Stud”, which uses Arnold’s ‘50s version as a template from which Bare canters off at a fair old clip, gut-twanging guitar in tow. It’s one of the standouts of a highly engaging set, mostly covers, that finds him joined by ace guitarists Buddy Miller and Randy Scruggs, as well as Robert Plant’s rhythm section from Band Of Joy.

In truth, we could easily do without “House Of the Rising Sun” or his revival of U2’s “I Still Haven’t Found What I’m Looking For”. But the rest of it tips fresh blood into some of America’s more picked-at traditional songs. Largely it’s to do with Bare’s sonorous voice, still a thing of sturdy authority at the age of 78, which gives the likes of “Shenandoah” and “Boll Weevil” the full weight they deserve. Conversely, the band often bring a lightness of touch, zipping through “John Hardy” and Merle Travis’s “Dark As A Dungeon” with an immediacy that suggests these are songs still warm from the presses.

Not everything is antique. Alejandro Escovedo is at hand for harmony vocals on his own “I Was Drunk”, a tune that the weathered Bare admits he can relate to more than most. And of the two originals, “I Was A Young Man Once” (co-written with producer Don Cusic) is as elegantly poignant as it is wistful and nostalgic. Let’s hope he’s here to stay this time.
Rob Hughes