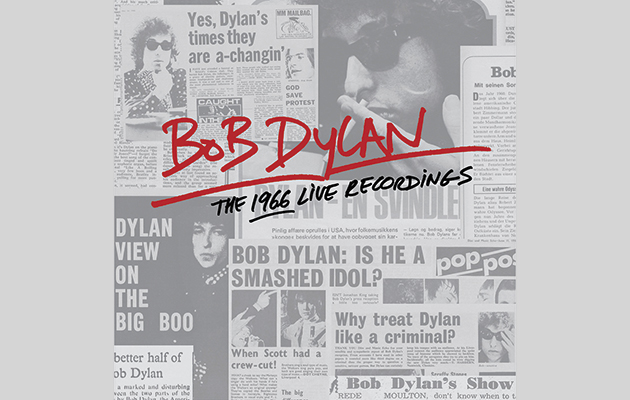 Where do you go after your own fans have called you Judas? Well, of course: you go to Glasgow, where, if anything, things get wilder yet.

Bob Dylan’s 1966 tour, when he took the battle to “go electric” that had started at the Newport Folk Festival in July 1965 to audiences around the world, is the most mythologised in the history of rock’n’roll: the legend of an unstoppable speeding artist hitting the immovable wall of his audience’s preconceptions about who he was, and breaking through into wide open new territory, dragging popular music with him.

Possibly designed to bridge the gap between the “old” and “new” Dylans, the very structure of these gigs – a solo acoustic performance followed by a full band electric set – served only to heighten the division. The nightly routine was set in stone early. First Dylan would go out alone with acoustic guitar, and the people in the dark would sit in rapt silence and applaud whatever he did. Then he would return backed by the five-man band still known as The Hawks, plug in his Fender Telecaster, and the boos, catcalls and slow-handclapping would begin, as the folk-fundamentalist section of his audience voiced their earnest sense of betrayal.

Much of the tour’s notoriety rests on the show that took place at Manchester’s Free Trade Hall on May 17, when a lone voice cried out the vitriolic, ridiculous, heckle that would echo down the decades – “Judas!” – and Dylan, in disgust, instructed his already thunderous band to play the final “Like A Rolling Stone” “fuckin’ loud”.

We know all about that concert, of course. Originally mislabelled “The Royal Albert Hall”, it was one of the most famous bootleg records of all time, and when it was finally given legal release in 1998 as part of Dylan’s Bootleg Series, that manic, majestic performance officially took its place among the greatest live albums ever made. The “Judas!” incident crystallises the poison drama of Dylan’s ’66 world tour so perfectly it’s little surprise Martin Scorsese made it the climax of his kaleidoscopic Dylan documentary, No Direction Home.

But that Manchester gig wasn’t the end of the ’66 tour. It wasn’t even the first time things turned Biblical. Three nights before Manchester, in Liverpool, amid steady cries of “Traitor!” and “Go home,” another voice screamed, “What happened to your conscience?”, and Dylan shot back, “Oh. There’s a fellow up there looking for The Saviour…”

And two nights after Manchester, with the Judas jeer still ringing in his ears, there came Glasgow, where Dylan faced his most restive crowd yet – and, just when it sounded like the factions in the audience were on the verge of physical violence, taunted them further: “Bob Dylan’s backstage. He couldn’t make it for the second half. He got very sick – and I’m here to take his place.”

By this stage, sounding weary and on fire, he had only one week of the tour left to go. But you can hear in his voice that it seemed more like a year. Speaking in 1978, Hawks guitarist Robbie Robertson summed up the surreal, grinding Groundhog Day experience: “It was a strange way to make a living: You get in this private plane, they fly you to a town, we go to this place, we play our music and people boo us. Then we get back on the plane, we go to another town, we play our music, and they boo us.”

Across the remaining shows, combatting crowds in Edinburgh, Newcastle, Paris and London, with every passing song Dylan would sound sicker, stranger, a little closer to burning out for good, and a little more magnificent.

The chance to go through all of this again – to experience “Judas!” in its full, swirling, exhausting context – comes with the release of this astonishing 36CD set, gathering together every concert known to have been recorded during Dylan’s ’66 tour.

It hardly needs saying that this mammoth box is not intended for the casual Dylan listener. Even committed fans might think twice. Essentially, what you get is the same songs played in the same order over 23 nights. But, by God, how they are played. This is Dylan hitting his performing peak, and devotees will revel in it the way jazz heads would an unearthed cache of Charlie Parker. While there are no radical changes in the way songs are played, charting the shifts in focus, the changes in pattern and chemical balance from gig to gig, becomes addictive. Is Sheffield the most glorious acoustic show he ever played? Well, how about this “Mr Tambourine Man” from Birmingham? Or Liverpool’s “Desolation Row”? Meanwhile, as they dig deeper in the face of resistance, strengthening the music’s palatial architecture, you hear his band becoming The Band.

These recordings both prove the legend of the ’66 tour, and add nuance, as it becomes clear that as many in those audiences were with Dylan as against him. In Melbourne, the loudest screaming actually comes from teenage girls reacting to “Tom Thumb’s Blues”, as though the Fab Four had just appeared. It isn’t until he reaches the British Isles that things grow truly toxic, but even during the angriest rumblings of Glasgow, some of the most impassioned voices are crying for more electricity: “Tombstone Blues, Bob!”

The best way to listen might be to treat the boxset almost as you would a TV series, following the underlying drama from episode to episode. And, just as with any great series, there are recurring themes – growing spookier every night, “Ballad Of A Thin Man” becomes a particular psychodrama – and stand-out episodes, legends within the legend. The most significant might be the revelation of the fabled Paris concert that took pace on Dylan’s 25th birthday. He seems close to the end by now (“I wanna get out of here just as much as you…”), and the electric set takes on a ragged, terminal air. Balanced between defiance and despair, he roars himself hoarse, sounding close to throwing up, or passing out.

While the vast majority of the shows here sound fantastic, there are issues with some recordings. The collection is gathered from three sources. The earliest concerts were not professionally recorded, and the handful represented – three in the US, one apiece in Melbourne and Stockholm – come scavenged from tapes made by bootleggers in the audience. Invaluable as muddy snapshots of atmosphere, they are hard to listen to as music.

At the other end of the fidelity scale are four concerts recorded by Columbia Records using multi-track equipment: the previously released Manchester show; the hypnotic Sheffield gig; and the tour’s final two-night stand in London on May 26 and 27, when, before an audience that included Beatles and Stones, Dylan’s patience ran out, and he announced he wouldn’t be coming back. The first of the London shows is also being given a stand-alone release as The Real Royal Albert Hall 1966 Concert, newly remixed for this set by Chris Shaw – Dylan’s engineer on recent recordings including 2001’s masterpiece “Love & Theft” – who wrings every last drop of ambient beauty from the truly otherworldly acoustic set.

The bulk, however, are the raw recordings Dylan’s sound engineer made each night using a tape recorder plugged directly into the mixing board. Intended for possible use in Eat The Document, the anti-documentary Dylan was filming as the tour progressed, these are the same tapes he and the band listened to after each show, trying to work out if it was them or the booing audiences who had gone insane. They come at you in glorious mono, warts and all: a few songs missing, tapes sometimes running out mid-tune. But you can’t put a price on this stuff. Putting you right onstage, this is history in a box, exploding.