Everything is hotter down South 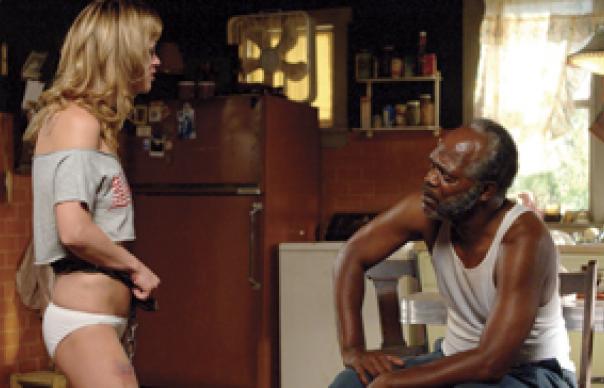 Taking its title from Led Zeppelin’s favourite Blind Lemon Jefferson song, Brewer’s follow-up to Hustle And Flow plays out with all the twisted invention and sinful relish of a Nick Cave song. Embracing a Southern steaminess that matches Tennessee Williams for deranged bravado, it stays just the right side of exploitation, even if its poster, of Ricci in a 40-lb chain and little else, is a throwback to pre-70s notions of sexiness.

Jackson’s claimed it’s his best performance, and his Lazarus develops cleverly from bitter, broken man to one who does the wrong thing for the right reason. Finding trailer trash waif Rae (Ricci) lying battered on the road after suffering male abuse once too often, he determines to save her soul, keeping her captive and attempting to exorcise her “nymphomaniac” demons. In doing so he learns to love himself, picking up his guitar and playing, while she thrives. The blues numbers are, like the swampy atmosphere, well realised.

Only the minor issue of Ricci’s out-of-town boyfriend is ill-judged, mainly because Justin Timberlake is feeble and timid in the role. Ricci however is phenomenally committed, Baby Doll with bad attitude. A wild, surprising film.