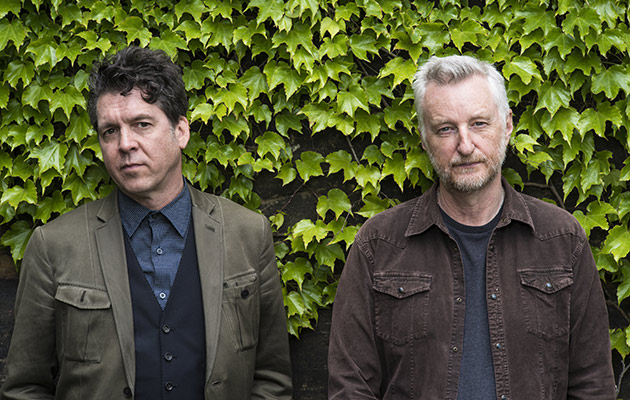 Ever since the railroad opened up the continent more than 150 years ago, train songs have played a special part in American popular culture. More than a method of mass transportation, the railroad became a potent symbol of manifest destiny, an emblem of the frontier spirit and a passport to personal freedom. Gold-diggers, dreamers and desperadoes took the Pacific Railroad west to find new lives in California. Black descendants of slaves filled third-class carriages on the Illinois Central out of Memphis and headed North to escape the indignity of segregation. Woody Guthrie and assorted bums and hobos jumped the box cars to ride the rails for free.

The automobile and the airplane may have since eclipsed the railroad as America’s most popular forms of transport, but nothing can match its mythology in the collective national psyche. Its romance and the songs the railroad inspired also had a profound effect on British popular music via Lonnie Donegan and the skiffle craze, reaching all the way to the youthful William Bragg growing up in Barking.

Once the most British of songwriters, Bragg has since developed his own strong Americana connections over the years, most notably via the two Mermaid Avenue albums of previously unrecorded Woody Guthrie albums he made with Wilco. His concept of an album of American railroad songs recorded during a four-day transcontinental train journey feels like a sequel to those recordings, and the North Carolina-born/Detroit-raised Joe Henry turns out to have been an inspired choice as Bragg’s travelling companion.

Singer, songwriter and Madonna’s brother-in-law, Henry’s credits as a producer include Solomon Burke, Allen Toussaint, Bonnie Raitt, Aaron Neville, Carolina Chocolate Drops and most recently Bragg, whose 2013 album Tooth & Nail he helmed. What ensued when they reunited at Chicago’s Union Station in March 2016 to board the Los Angeles-bound Texas Eagle with guitars in hand was a bona fide musical bromance, the comradeship and simplicity of which belies the sometimes fraught logistics of recording on-the-go.

Winding along 2,728 miles of track through St Louis, Fort Worth, San Antonio, El Paso and Tucson they spent 65 hours on the train, recording classic railroad songs along the way in waiting rooms and track-side during the brief stops to pick-up passengers. It meant the songs were recorded fast and spontaneously, our two contemporary hobos ready to jump back on board the moment the train pulled out for the next stop several hundred miles down the track.

The result is a beautifully atmospheric travelogue on which their two voices and twin guitars plus occasional harmonica are accompanied by nothing more than the sound of the rails humming and a lonesome whistle blowing – authentic “field recordings from the Great American Railroad” as the sub-title of Shine A Light has it.

Hank Williams’ “Lonesome Whistle” was recorded in the train’s sleeping compartment just before turning in for the night somewhere across the Missouri plains with the clatter of the tracks providing a faint but insistent rhythm beneath them. Jimmie Rodgers’ “Waiting For A Train” features a rare Barking yodel, Henry sings a yearning version of Woody’s “Hobo’s Lullaby” and “John Henry” finds Bragg in his fieriest declamatory mode. Perhaps best of all is a deathless, harmonica-driven version of “KC Moan”, originally recorded some 87 years ago by the Memphis Jug Band.

The mostly traditional material is leavened by a brace of more recent compositions in “Early Morning Rain” and “Gentle On My Mind”, neither of them obvious railroad songs until you listen acutely to the over-familiar lyrics and the connection become clear. Like many of the songs here, you probably thought you never wanted to hear such much-covered standards again – but Bragg and Henry deliver them with an adrenalin-fuelled engagement and a heartfelt sincerity that transcends campfire singalong banality and leaves you hankering for more.

Perhaps a train heading south from Chicago for New Orleans next time and a few more contemporary songs – Dylan’s “Duquesne Whistle”, Joni Mitchell’s “Just Like This Train”, Steve Goodman’s “City Of New Orleans”, Randy Newman’s “Dixie Flyer” and Graham Nash’s “Southbound Train”, perhaps? The possibilities are endless, and we can only hope that Bragg and Henry are already consulting the Amtrak timetable to plan another trip.

Q&A
Billy Bragg & Joe Henry
How did you chose the repertoire?
BB: I was thinking about songs that had inspired people to play guitar in the UK so we picked quite a few from Lead Belly. Jimmie Rogers had to be in there and we needed the Carter Family. We didn’t want to make a record about the railroad, we wanted to make a record of the railroad.
JH: We tried to play what felt alive to us. Anything that felt like a relic, we backed off. “Gentle On My Mind” was never a consideration until we were in transit, sitting up late on the train one night on the way from Chicago to Texas.

There must have been plenty of logistical problems…
BB: First you need to find a place to set up. Most of the waiting rooms are beautifully tiled and have great acoustics. But some of them were so far away from the train you couldn’t take a chance, so we had to perform on the platform, all the time keeping our eye on the train, listening for the “all aboard”.
JH: My engineer Ryan Freeland came up with a design of four ribbon microphones, on a single stand. There was one mic for me, one mic for Bill and then a pair of mics that were all about ambient sound. We wanted it to feel like a field recording but we also wanted it to sound fully robust and realised and three-dimensional.
INTERVIEW: NIGEL WILLIAMSON