Big Star – Keep An Eye On The Sky

“You Get What You Deserve”! The ultimate cult band, dissected across four CDs 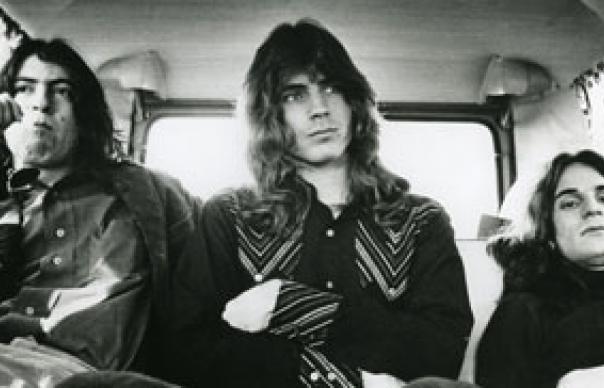 By the age of 58, most rock stars have formulated a tidy way of cashing in on their past. Characteristi-cally, though, Alex Chilton continues to manage the business of Big Star in a messier fashion. Not for him the lucrative glory of fleeting, high-profile comebacks. Rather, the Big Star reunion has now dribbled on haphazardly for 16 years – about 13 years longer, it’s worth noting, than the original lifespan of the band.

Alex Chilton and Jody Stephens’ most recent London show was not a triumphant reiteration of their status as the classic cult band; neglected in their heyday, hallelujahed in their afterlife. Instead, it was a kind of showcase for ongoing underachievement – a support slot beneath a mildly respected indie band, the Tindersticks.

Chilton’s cussed reluctance to optimise his gifts is, of course, integral to his myth. A record company executive, considering Chilton’s pubescent success with the Box Tops in 1967, might well characterise the ensuing 42 years of his career as akin to the singer shooting himself slowly and methodically in both feet, one toe at a time. But that tension, between innate pop genius and a ragged, capricious way of delivering it, remains a critical part of Chilton’s charm, as Keep An Eye On The Sky reminds us again and again.

A four-CD box set assembled with typical diligence by Rhino, Keep An Eye On The Sky plots Big Star’s trajectory, from Chilton and Chris Bell’s first manoeuvres, through to the utterly wrecked terrain of ‘Third’/’Sister Lovers’.

Along the way, it reconstructs the first three Big Star albums with a patchwork of definitive versions, demos, alternate takes and mixes, throws in various ephemera (though it seems churlish to label, say, the agonising majesty of Bell’s “I Am The Cosmos” quite so casually), ignores 2005’s half-decent Big Star In Space, and ends with a live disc bolted together from three feisty Memphis shows supporting Archie Bell & The Drells in January 1973.

In common with another of 2009’s long-anticipated boxsets, Neil Young’s Archives, there’s little in the way of previously undiscovered songs – Big Star, it seems, just weren’t around for long enough to accumulate a reject pile of tunes. Instead, Keep An Eye On The Sky works like Archives, as a sort of unravelling historical document.

The tale begins here, not with the Box Tops, but with Chris Bell’s juvenilia – solo and fronting Icewater and Rock City – most of which reveals a young man pathologically keen on earning a contract with Apple. In the midst of this, Alex Chilton’s “Every Day As We Grow Closer” (from the solo sessions belatedly released on the 1970 album) shows how he arrived in Big Star fully formed as a songwriter.

And, perhaps, fully jaded as a pop star. It’s easy to stereotype ‘#1 Record’ and ‘Radio City’ as positive and exuberant, when measured against the black hole of ‘Third/Sister Lovers’. But the luxuriantly weary progressions of “The Ballad Of El Goodo” comes in two studio versions, one unreleased and with different lyrics which make explicit Chilton’s contempt for authority. “It’s judges and landlords, presidents and draft boards,” he sighs in the third verse. “They’ll get theirs and we’ll get ours – if we can.” Even something as sweet as “September Gurls” feels loaded with neurotic lust, detectable beneath the veneer of innocence.

Keep An Eye On The Sky is particularly good at showing up the darker aspects of Chilton’s personality, among them an enduring bitter fatalism, and something approaching sleaziness. His choice of covers – The Velvets’ “Femme Fatale”/, Todd Rundgren’s ever-gruesome “Slut” – speak volumes, while a brilliant demo of Loudon Wainwright’s “Motel Blues” provides a suitably bleak counterpoint to “Thirteen”.

And while Bell’s Beatlesy instincts might have been fortuitously tainted by Chilton’s tougher aesthetic (check the jolting transition from ‘Rock City’’s Badfingerish “The Preacher” to Big Star’s “Feel” on Disc 1), a certain Anglophilia remains long after he leaves the band (see covers of The Kinks’ “Till The End Of The Day” and “Come On Now”, plus T.Rex’s “Baby Strange”).

But among many other things, Keep An Eye On The Sky illustrates that it was not just professional bad luck that stymied Big Star’s prospects of success. By privileging so many demos – the intimately fraught prototypes of ‘Third’, most strikingly (“Lovely Day”, a Byrdsy first draft of “Stroke It Noel”, is glorious, mind) – the box highlights Chilton’s fundamentally wayward character.

It’s a well-rehearsed critical ploy to suggest that Big Star should have been acclaimed as the American Beatles, but that idea seems preposterous when Keep An Eye On The Sky is considered next to one of its rivals in this month’s marketplace, the remastered Beatles motherlode.

Big Star songs are slouchy, unkempt, plaintive, contrary, and far from the meticulous Lennon/McCartney confections which might have originally inspired their makers. These commercial frailties have come to be seen, quite rightly, as cultish strengths. But it all goes to make Keep An Eye On The Sky much more than a repository of extraordinary music; it acts as the most thorough and articulate explanation of why Big Star never became superstars.