Stark, beautiful return for the solo Everything But The Girl man... 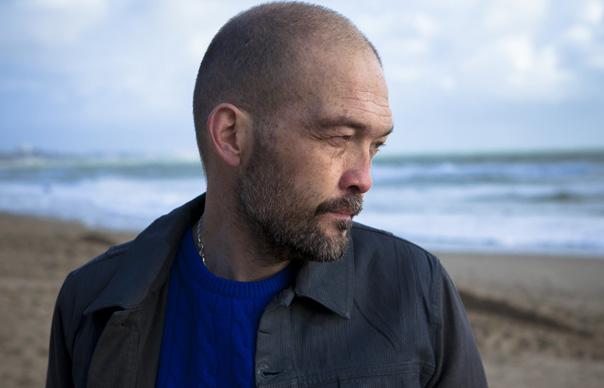 Stark, beautiful return for the solo Everything But The Girl man…

A lot has happened in the 31 years since Ben Watt’s first (last) solo album, North Marine Drive. Empires have fallen, musical revolutions have come and gone. Watt hasn’t been idle, of course. He played with Tracey Thorn in Everything But The Girl for 20 years, and did another decade as a club DJ and boss of the dance label Buzzin’ Fly.

Then there’s the real-life stuff. Watt was being a father. He almost died from an auto-immune disease, which he chronicled in his book Patient. He has just published a second book, Romany and Tom, which explores his late mother and father’s relationship, while containing much autobiographical reflection. As he was writing that, Watt’s sister Jennie died unexpectedly.

In the midst of this turmoil, Watt found himself retreating to his basement, writing songs. He did this on the guitar, mostly, changing the tunings to challenge himself. But he was also, it seems, trying to reconnect with his younger self, and see what might have happened if he hadn’t teamed up with EBTG. That quest, as Watt surely knows, is impossible, but as fools’ errands go, it’s an interesting one. Amidst all this loss and self-examination, it’s easy to see why he might want to re-engage with the ghosts of youthful optimism.

It’s also true that musical fashions have reverted. That stripped-down folk aesthetic couldn’t be more contemporary (Watt counts Hiss Golden Messenger’s Bad Debt as a recent favourite). What’s new is the worldview, and that’s what gives Hendra its stark power. These are beautiful songs, penned from midlife. “Young Man’s Game” – “a folk song about DJ-ing” – tackles the subject head on: “Every mirror just tells the time/can you name a great fighter over 45?”

Watt has always sounded older than his years, but he now has the life experience to suit his temperament. He’s also more confident musically. Here, he employs Bernard Butler, casting him as the album’s Mick Ronson. If Butler’s stark guitar lines add splashes of blood to Watt’s pallid canvas, they never threaten the sense of reserve which hangs over the project.

The title track sets the mood. It’s a stark invocation of emotional resilience. In the words, Watt imagines the dreams of his late sister, a rural shopkeeper in Somerset. The lyrics are plainspoken and honest to the point where they produce a shudder of embarrassment. The sense of loss is palpable, and it slides into the second song, “Forget”, which is musically brighter, but turns on the phrase “who am I fooling when I say I have no regrets?”

It’s a very English-sounding record. The autobiographical detail means that the songs offer a tour of the landscape. “Matthew Arnold’s Field” travels from Beaconsfield to Headington, as Watt prepares to scatter his father’s ashes near Oxford. The funereal tone is maintained by Watt’s delicate electric piano. “The Levels”, with Pink Floyd’s David Gilmour playing lovely slide guitar, is another exploration of grief, employing the flooded ditches of Somerset as a metaphor.

Two songs were inspired by an American road trip, but they employ the same emotional palette. “The Gun” makes an emotional case for gun control with a tale of an accidental shooting. The bluesy “Nathaniel” was inspired by a sign Watt saw painted next to a trailer in Oregon commemorating a boy killed in a road accident, and compares the contemporary fashion for “secondary grieving” with the piercing pain of familial loss.

So, the mood is serious. But it’s tough, rather than glum. The gently jazzy “Golden Ratio” is like John Martyn playing with EBTG. And then there’s “Spring” written as a counterweight to the prevailing mood. Searching for ideas, Watt noticed a Bill Evans album on the studio floor, with the title You Must Believe In Spring. He borrowed the theme, and composed one of his loveliest songs; a gentle, Lennon-esque hymn to endurance and hope. Ironically, or not, it would sound great at a funeral.
Alastair McKay

Q&A
Ben Watt
What was your plan for the album?
I wanted to somehow reconnect with the person I was in that pre-Everything But The Girl Period. When I was a precocious 19 year-old on Cherry Red thinking I had the right to call up Robert Wyatt and ask him to be on my first EP. And to connect with the direction I might have gone in had I not teamed up with Tracey (Thorn). When two colours merge, you’re going to get a new colour.

Was it influenced by the book you wrote about your parents, Romany and Tom?
Lyrically, I definitely wanted to write a bunch of unsentimental songs. I wanted to write a set of songs that were very true. Quite a few of them came out of the process of thinking I went through when I was writing my book. Then towards the end of that, my sister, who I was very close to, died, quite unexpectedly. She was only 58. It all came to head, and I wanted to get some of this stuff down.

It’s quite dark emotionally.
I always think I write songs about some form of resilience. There is some form of hope, even in the darker moments. I’m always looking for that in the characters in the songs. They have a tough exterior, even if they have a soft interior.
INTERVIEW: ALASTAIR McKAY