Bittersweet oddity featuring a gay dad and a talking dog... 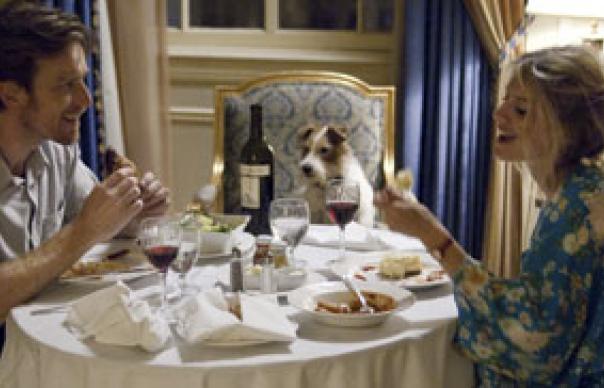 Mike Mills was once considered the über hipster auteur, but unlike music video contemporaries Spike Jonze and Michel Gondry, his films have just about steered away from visual flash.

Yet, Beginners includes a dog who talks in subtitles, folksy felt-tip-pen drawings and photo slideshows.

Conversely, Beginners is a downbeat, emotionally sincere film. Oliver (Ewan McGregor) learns that his widowed father (Christopher Plummer) has came out as gay, spending his final years enjoying the singles scene before dying of cancer.

This leaves Oliver with issues – and nobody to help him except the dog. Until he meets itinerant actor Mélanie Laurent, that is.

Their romance oscillates between Nouvelle Vagueish playfulness and subdued baggage-handling, intercut by flashbacks.

It’s certainly a fresh angle on generation-gap issues, and Plummer relishes his role with an eye-twinkle towards the Oscars.
Steve Rose