From double LP to seven-disc set, complete with outtakes, demos and studio banter 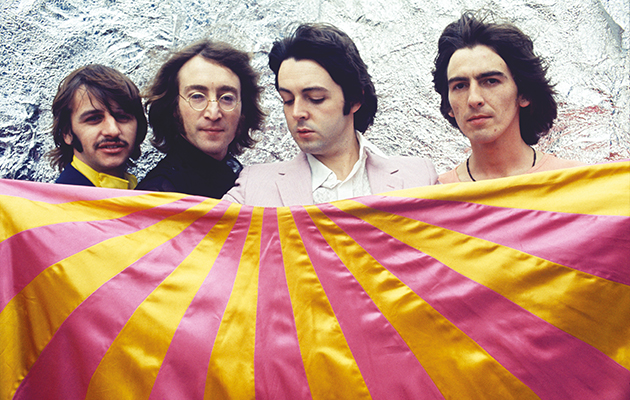 In 2012, Twitter was briefly united in mirth around the subject of Ecce Homo, a fresco of Jesus Christ found in the Sanctuary of Mercy church in Borja, Spain. An elderly parishioner, troubled by Christ’s faded and flaking visage, decided to restore the image herself – a fix that came out so poorly that, at first, authorities suspected vandalism. That the story resonated was probably down to two lessons: good faith doesn’t necessarily make for good decisions; and that just because something’s old, doesn’t necessarily mean it requires a refresh.

These sorts of thoughts must have troubled Giles Martin – son of George – as he sat down to remix  Sgt Pepper from the original master tapes on its 50th anniversary. But Martin’s new stereo mix, released last year, gave to the world a brighter, sharper  Sgt Pepper – the instruments crisper, the mixes neater, bells and whistles polished and gleaming. Perhaps you needed it, perhaps you didn’t, but the important thing was that  no-one yelled sacrilege.

Next stop, then, ‘The White Album’. But of course, The Beatles’ 1968 double LP is a very different beast, and in many ways, one perhaps resistant to the boxset treatment. For starters, there are obvious questions of scale. Sceptics have long maintained that ‘The White Album’ might have worked better pruned down to a single album; God only knows what they might make of the prospect of it expanded across seven CDs, encompassing 107 tracks, some five-and-a-half hours of music, and a 164-page hardback book. (If the Super Deluxe version sounds a bit ambitious, it’s also available in Deluxe form – over three CDs or four LPs – or as the classic 2LP vinyl in faithfully replicated gatefold sleeve.)

Perhaps more fundamentally, Martin had concerns about the prospect of remixing an album as cryptic and truculent as this. Sgt Pepper revels in its explosions of space and colour. ‘The White Album’, by contrast, is a labyrinth through which dark currents run, beauty and surrealism mingling with absurdity and recrimination. Clean it up, blow away the murk, and you risk spoiling whatever it is that makes it magic.

Luckily, Martin’s new stereo mix succeeds, principally through lightness of touch. As with Martin’s take on Pepper, this is a subtle revision rather than a bold remake. Come to it unawares and you might not notice any difference. But listen closely on headphones and the magic of the new mix becomes clear. Where once the opening guitar chimes of “Dear Prudence” felt fixed, now they gently amble across the stereo field. The layers of “Glass Onion” – Lennon’s mischievous vocal, Ringo’s thunking drums, those strings that sweep in like a chill down the spine – boast a new, crisp separation. In particular, an overhaul of “While My Guitar Gently Weeps” is a quiet revelation, showing off little details you had never heard previously.

Augmenting the new stereo mix on Deluxe and Super Deluxe versions is The Esher Demos. Long circulated as a bootleg but here collected in far better fidelity, these 27 tracks were captured on an Ampex reel-to-reel at George Harrison’s house in May 1968, shortly after The Beatles returned from their stint in India with the Maharishi. These are simple recordings, just acoustic guitars and group vocals. But the mood is jovial, and there is a palpable sense of collective endeavour. A raucous “The Continuing Story Of Bungalow Bill” features handclaps, drumming on tables and animal noises.

Lennon alludes to the group’s disillusion with the Maharishi on the ad-libbed outro of “Dear Prudence” (“All the people around were very worried about the girl, because she was going insane… So we sang to her”). And there’s also a glimpse of a new preoccupation: “Yoko Ono, oh no/Yoko Ono, oh yes,” he choruses on “Happiness Is A Warm Gun”. Much of ‘The White Album’ gets its first outing here, but there are also glimpses of songs that would emerge much later on. “Polythene Pam” and “Mean Mr Mustard”  would see the light on Abbey Road. McCartney’s “Junk” emerged on his first solo album. Lennon’s “Child Of Nature” was eventually scrapped, but  its melody and basic structure would one day  re-emerge as “Jealous Guy”.

The Beatles would never again sound as together as they did on The Esher Demos. As they entered Abbey Road to begin recording in earnest, fault lines opened within the band. Sessions took place in irregular hours, band members would begin recording alone with tracks completed by overdub, and the creative friction even spread to the production team: engineer Geoff Emerick quit some six weeks into the sessions.

‘The White Album’’s Super Deluxe version lines up 50 chronologically assembled recordings from the original studio sessions, much previously unheard, and all freshly mixed from the four-track and eight-track tapes. You enter it expecting simmering tensions and recrimination. And while we can’t entirely rule out that some of the dirty laundry has been respectfully jettisoned, it’s perhaps a shock to find much evidence of a band not only gelling, but working hard to nail increasingly diverse and difficult material. Check out an 11-minute take on “Revolution 1”, recorded on the first day of sessions with Yoko Ono present. In band histories, this is often depicted as a tense scene. But the result is endearingly groovy, and ends with Ono reciting poetry and toying with tape loops. “That’s too much?” she asks at the end, nervously. But everyone’s laughing, and the mood is good.

‘The White Album’ is a smorgasbord of sounds and styles, and elsewhere we see just how far songs progressed from their starting point. An early take on “Helter Skelter” finds the group jamming out 13 minutes of lumbering caveman blues, hunting for moments of inspiration. Come “Second Version Take 17”, McCartney’s unlocked its deranged tenor, dispatching a version that, if anything, is wilder than the final version (“Keep that one… mark it fab,” he declares). “Ob-La-Di, Ob-La-Da (Take 3)” sounds a little saccharine; it’s only when Lennon adds the vicious, almost parodic piano line that the song comes to life. Harrison’s second take on “While My Guitar Gently Weeps” is a frail but pretty acoustic number, some distance from the Eric Clapton-assisted rocker that’s unveiled a dozen tracks later. By way of contrast, McCartney has “Hey Jude” there right from its joyful first take, even if he hasn’t yet got the orchestra in place.

Along the way, we get Macca puzzling over “Blackbird”, some endearing random chat (Harrison is partial to a cheese, lettuce and Marmite sandwich), and casual takes on standards “Blue Moon” and “(You’re So Square) Baby I Don’t Care”. There are moments of play  – bossa nova oddity “Los Paranoias” is proof  that The Beatles were still close enough to entertain in-jokes, while a glimpse of the group cracking one another up as they record the backing vocals for “Lady Madonna” is warming.
Over 107 tracks, we learn that the making of  ‘The White Album’ was not quite the frigid  stand-off that we might have been led to believe. But nor does this glimpse behind the curtain diminish ‘The White Album’’s mystique. Keep peeling the glass onion and you just discover more and more layers, its possibilities multiplying, its depths unfathomable.