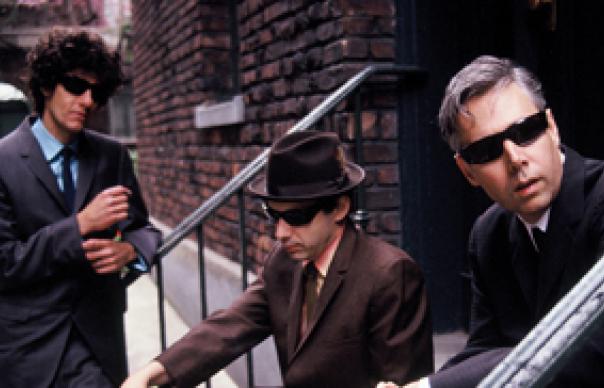 As the Beastie Boys’ previous album, To The 5 Boroughs, made painfully clear, it’s hard to grow old gracefully in hip hop. Rock, funk and jazz are far kinder on middle-age joints, limbs and mindset than rap – no matter how much yoga Mike D does these days.

Perhaps realising this, the Beasties have ditched the computers, samplers and mics in favour of drums, organ, bass, guitar and synths for this: the entirely instrumental The Mix-Up.

Unlike 1996’s instrumental album, The In Sound From Way Out!, which sounded exactly like it was – a collection of throwaways and outtakes – The Mix-Up is more fully realised and unified. This is not to say that it’s the trio’s “mature” album (trying to swing but ending up like your dad dancing to “Thong Song” at your wedding) – but that all the reference points and hat-tipping here coalesces into something like a statement of purpose, rather than just a rehash of Meters and “Groove” Holmes beats.

Much of the pre-release hype focused on this being more of a rock album, but while the guitar riff in the middle of “Off The Grid” suggests that Beastie Boys would make great ’70s stadium rockers à la Grand Funk if only they would let their hair down, unless your idea of rock is Dennis Bovell Slits remixes, French library music and David Axelrod’s Electric Prunes record, there’s not a lot here to inspire you to get out the denim and leather.

While this may sound like yet another connect-the-dots pastiche on paper, the effect on album is far more cohesive and more than the sum of its influences. The Mix-Up is the best record collection ever thoroughly digested and re-imagined by a bunch of guys in love with sound. IE, exactly what hip hop is supposed to be, no matter how old you are.