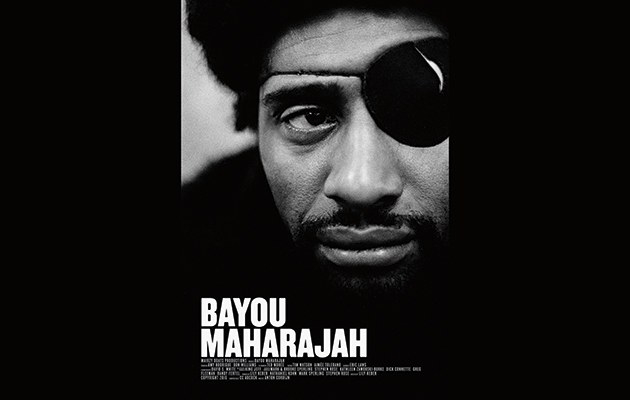 James Booker is described by Dr John as “the best black, gay, one-eyed junkie piano genius New Orleans has ever produced.” You can also add conspiracy enthusiast, jailbird and enthusiastic teller of tall tales. At one point, director Lily Keber stacks together the different yarns Booker span to friends and associates about the loss of his eye. One involved being thrown from a window by debt collectors, another occurred during a fight with Ringo Starr and yet another was, mysteriously, “something to do with Jackie Kennedy”.

Booker, who died aged 43 in 1983, backed a huge number of musicians – from Fats Domino to Little Richard, Jerry Garcia and John Mayall. But his solo work – shown here in rollocking, flamboyant archive performances – allowed him to give full flight to his infectious and innovative mix of jazz, blues and classical. Harry Connick Jr – whose father Harry Connick Sr occasionally acted as Booker’s legal counsel – is among the local musicians queuing up to pay tribute: “There’s nobody that could even remotely come close to his playing ability,” he says.

But despite his gifts, Booker spent much of his adult life addicted to drugs – he was given morphine as a child when an ambulance hit him and broke his leg. In 1970, he was incarcerated for possession of heroin in the Louisiana State Penitentiary – a former slave breeding plantation nicknamed ‘Angola’. Later, he toured East Germany wearing an afro wig stuffed with weed. “It was hard for James to take care of himself,” remembers one friend. Promoters would book him, “shovel cocaine up his nose, feed him Crème de Cacao or Seagram’s 7 and make money off his performance.” Yet in an unexpected turn of events, Booker took a job at City Hall and tried to clean himself up. It came too late. “It’s just pathetic that he passed away so young,” says Dr John. “It’s life, and how it goes in a world of this racket we call music.”