Senegalese singer and guitarist is back on track 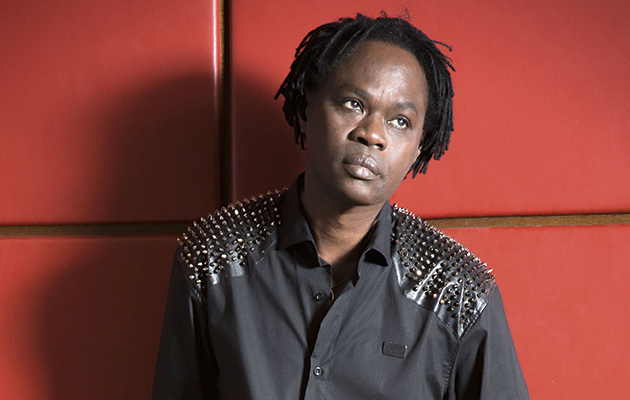 African artists who gain global recognition can swiftly find themselves hijacked by the great and the good of the liberal establishment. In the interests of cultural diversity, they are appointed ambassadors for international charities and become spokesmen for worthy causes. The attention is flattering and the intentions are good; but it carries the risk that the music that brought them to prominence is relegated to a secondary role behind their socio-political significance as totemic emissaries for the developing world. They become Bono-ified.

It’s a familiar pattern. After the international success of “Seven Seconds”, Youssou N’Dour became so distracted with other matters that it was six years before he found time to make another record. He’s since become a government minister in Senegal and hasn’t released an album since 2010.

The career of N’Dour’s compatriot Baaba Maal – his only serious rival as the most celebrated African voice of our times – has followed a similar trajectory. Signed by Chris Blackwell to Island in the late 1980s and hailed as a West African Bob Marley, a series of vividly exuberant albums followed.

There were collaborations with Brian Eno, Peter Gabriel, Howie B and Sinead O’Connor, and Maal’s Firin’ In Fouta (1994) and Nomad Soul (1998) remain classic exercises in smart, Afro-pop fusion. But then the recordings dried up and his extra-curricular activities as a spokesman for the United Nations Development Programme and a global ambassador for Oxfam plus his involvement in campaigns for HIV/AIDS awareness, debt relief and numerous other vital causes, seemed to leave little time for making albums.

In the 15 years between 2001’s acoustic set Missing You (Mi Yeewnii) and 2016’s The Traveller, Maal released just one album, 2009’s bland and insubstantial Television. His admirably tireless activism, it seemed, had dulled his creativity and rendered his once dynamic music leaden and inconsequential.

So it’s a huge relief to report that The Traveller is, in that notorious critical cliché, not only a welcome ‘return to form’, but sounds like a career pinnacle, an exhilarating summation of Maal’s life and vision in which finally his activism and his music are seamlessly intertwined, the personal and political woven into a single purposeful journey.

The revival owes much to the stimulation of some significant contributors, prominent among them the London-based Johan Hugo, formerly of Radioclit and now The Very Best, who produced most of the album. Their friendship began in 2012 when Maal made a guest appearance on The Very Best’s MTMTMK and, a year later, he invited Hugo, along with Winston Marshall and Ted Dwayne of Mumford and Sons, to appear at a festival in Senegal.

Afterwards they repaired to Maal’s home studio in Podor on the banks of the Senegal River, which divides Senegal from Mauritania. Joined by local African musicians, they began writing and recording songs. Further recording took place at Maal’s studio in Dakar and an additional session, featuring the spoken-word contributions of the British-Ethiopian poet Lemn Sissay (who appeared on Leftfield’s Leftism and recently beat Peter Mandelson to become Chancellor of Manchester University), was produced in London by John Leckie, a longtime Maal cohort, best known for his work with Radiohead and The Stone Roses.

Opener “Fulani Rock” is classic high-energy Maal with a 2015 twist, a tribute to his homeland with pulsating African percussion, rock guitars and an urgent vocal, with dark synth punctuation courtesy of Hugo. On the haunting “Gilli Men”, Maal’s soulful voice evokes a call to prayer (his father was the muezzin at the local mosque) although the response is provided by a Christian church choir from Dakar. The gentle “One Day” and stately “Kalaajo” float airily on Hugo’s electronic production. The surging soft-rock “Lampeneda” features the Mumford boys and the title track is an unashamedly joyous slice of dancefloor Afro-pop. “Jam Jam” is more sombre, a deep blues with a house production that recalls Moby’s Play.

Although polyglot, Maal sings on the album solely in Fulani and it is left to Sissay to provide the only English language contributions on the closing diptych “War” and “Peace”. On first hearing, the two pieces sound like an odd, even jarring, coda, as Sissay rants angrily against injustice and oppression in a Gil Scott-Heron-style rap, his militant rhymes finding echo in some bellicose tribal drumming, before the storm is calmed with a gentler, optimistic meditation full of unexpected wit over a simple, repetitive kora leitmotif.

Yet once the shock has been absorbed, the two pieces make total sense as climax and resolution. Baaba Maal’s journey is back on track.

Q&A
BAABA MAAL
How do you balance your activism with your music?
I’m trying to build bridges and bring people together. The Traveller defines how I feel about the planet – that despite its many problems there is a lot of inspiration and hope.

Do you see yourself as a traveller, someone on a journey?
We are a nomadic people. As a performer I first left home 40 years ago and I’ve been travelling ever since. When you travel you learn about the different corners of life and you discover that humanity is beautiful: different faces, cultures, colours, sounds. You realise that the planet is a very big gift, in spite of the man-made horrors.

What made you want to work with Johan Hugo, who comes from a very different generation and culture?
I met him through Damon Albarn’s Africa Express and I wanted guests to come into these songs but not to take anything away from the fact that I’m African. Working with Johan, I feel we have achieved a new mix of sensibilities and sounds. It can’t be put in a box.

How did Lemn Sissay come to be on the two spoken word pieces, “War” and “Peace”?
He was the official poet for the 2012 Olympics. I met him at the Africa Utopia festival in London and we talked about the state of the world. The two songs on the album fit together. “ War” is very hard, tough, violent, aggressive. “Peace” is more me, using music to calm him down…
INTERVIEW BY NIGEL WILLIAMSON