It’s The King Of Limbs with beats! And tunes! Thom Yorke’s “supergroup” achieve an instant chemistry... 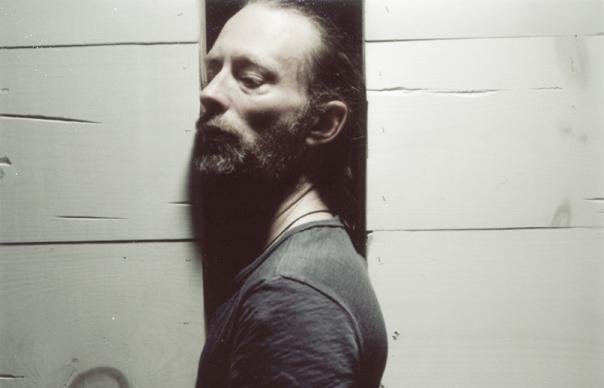 It’s The King Of Limbs with beats! And tunes! Thom Yorke’s “supergroup” achieve an instant chemistry…

If Nirvana killed stadium rock, then Radiohead nailed its coffin shut, ensuring that never again would our stages be stalked by strutting snake-oil salesmen in sock-stuffed codpieces. Yet anyone attending The King Of Limbs tour last year may have noticed the occasional creeping concession to hoary arena rock tradition: Giant screens! Over-the-head handclaps! Twin drummers! Waistcoats and fedoras! And now, by ’eck, their singer’s gone and formed a supergroup.

Thom Yorke would doubtless disown the sullied “supergroup” tag, pointing to the fact that Atoms For Peace initially came together to realise his 2006 solo album The Eraser in a live context, a task for which he merely recruited the best musicians available at the time. However, when those musicians happen to include the bassist from the Red Hot Chili Peppers and the guy who replaced Bill Berry in REM, you can understand the heightened anticipation. As well as Flea and Joey Waronker, Atoms For Peace also features Radiohead producer Nigel Godrich and David Byrne’s Brazilian-born percussionist Mauro Refosco – though ultimately Amok still feels very much like a Thom Yorke record, as opposed to a forced fusion of Radiohead, the Chili Peppers and Brazilian forró. Which is probably for the best.

Recorded in a three-day flurry at the end of the group’s 2010 American tour, Yorke would play the band a “wonky” beat from his laptop and they’d attempt to recreate and embellish it. The results were then refined by Yorke and Godrich over the course of the following two years, to the point where it’s often now difficult to discern when the musicians are mimicking the machine and vice versa. This seamless synthesis of sinew and silicon is crucial to the album’s slippery feel; there’s a pleasing fluidity and crooked funkiness to the arrangements that Yorke sometimes struggled to achieve on The Eraser.

Serial supergrouper Flea proves to be a limber and sympathetic foil, as comfortable with the scuttling Afrobeat of “Before Your Very Eyes” as he is with the lolloping, fractured, Burial-esque 2-step shuffle of the title track. The restless recalibration of “Reverse Running”’s crisp drum track is evidence of Yorke’s ongoing love-in with Four Tet’s Kieran Hebden, before the song is anchored by a warm, simple bassline. “Judge, Jury And Executioner” is comparatively minimal, yet equally inventive: written in 7/8 time – an old Radiohead trick also employed on “Paranoid Android” and “2+2=5” – its rhythm track consists solely of morse code taps and viciously gated handclaps that begin to sound disconcertingly like whipcracks.

That voice, once a shrieking harbinger of doom, is a more subtle instrument these days. Almost every audible phrase sounds like a sweetly sinister threat – “sooner or later”; “you don’t get away so easily”; “you got me into this mess, so you get me out” – while on “Default”, Yorke assumes the role of a repentant debauchee, unable to break the habits of a lifetime, even to secure his own happiness: “I laugh now, but later’s not so easy/ The will is strong but the flesh is weak”. It’s a stunning song, Yorke’s rueful vocal wafting over an antsy, drum’n’bass-derived beat and a needling, Idioteque-style synth riff.

It’s tempting to suggest that this is the album Radiohead should have made instead of the coy, cryptic The King Of Limbs. Ultimately, Amok doesn’t carry itself with quite the same grace or gravitas, but it’s leaner and decidedly meaner, hitching those familiar Yorke tics to a series of bracing beats that have more to do with his latter-day role as a patron of British electronica than the past histories of any of the album’s other participants. You could argue that it’s Radiohead who currently function more like a supergroup, comprising five members of increasingly diverse tastes, all contributing ideas on an equal footing. Conversely, Atoms For Peace are a team of skilled journeymen falling in behind an enigmatic guru and his ominous yet often curiously groovy vision.
Sam Richards