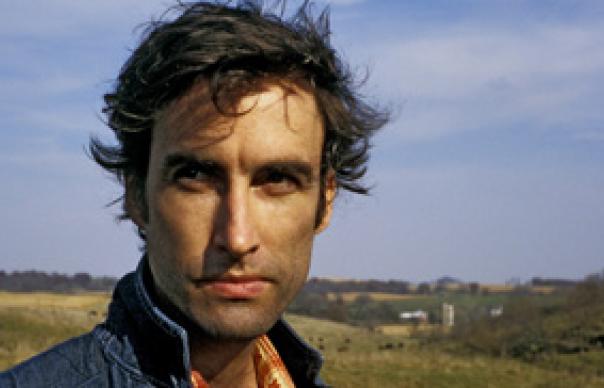 Andrew Bird has a theory about whistling. Roughly speaking, he views it as the most efficient way to extract the music from his imagination. “It’s like sonic vapour escaping,” he says. “The melody’s in this cloud-like shape in your head.” So, when he whistles – which he does quite frequently – he is getting to the music without thinking about how to translate it to an instrument. “There’s no frets, there’s nothing imposing it’s odour on it, so you end up with less conventional melodies.” These were not, its fair to speculate, the concerns of Roger Whittaker when he recorded The Mexican Whistler. But Bird is an unusual pop musician. As he has demonstrated over seven albums (as well as several informal live recordings), he is capable of channelling folk dance rhythms – as on his 1996 debut, Music of Hair, and with his previous band, The Squirrel Nut Zippers – and operating in the basements of the Chicago and Minneapolis undergrounds. His last album, Armchair Apocrypha, could have been filed alongside Wilco’s more experimental recordings, but Noble Beast is a step back towards a folkier sensibility.

A classically-trained violinist writing pop, Bird’s music exists in the airlock between theory and intuition. The air can be a bit dry in there, but when the vacuum is breached, there’s a magisterial quality to his melodies. He was trained in the Suzuki method, a “folk” approach, in which Mozart and Bach are learned by ear. He channelled this into an appreciation of jazz, and plays his violin in the style of a tenor saxophone.

He doesn’t appreciate comparisons – no wonder, since he has been compared with everyone from Rufus Wainwright to Joanna Newsom – but if you put aside the plaintive echoes of Thom Yorke (on “Nomenclature”) or Paul Simon (on “Tenuousness”), you end up with a kind of clinical soul, a heartfelt music that takes time to release its charms, like Scott Walker channelling Sufjan Stevens. But “soul”, too, is misleading. As a vocalist, Bird is effortless. There is no sense of him sweating the emotional stuff. Lyrically, he wouldn’t have lasted past morning roll-call in the Brill Building. He favours an arcane vocabulary and a cryptic approach to meaning.

A song such as The Privateers could represent a heartfelt cheerio to the ethics of the Bush era, or it could be a snarky farewell to a lover. The singer favours the latter, but won’t exclude the former, as he doesn’t always know what his songs are about. When Bird wrote about songwriting in the New York Times, he took time out to explain why he had opted for the phrases “calcified arhythmatist” over “unemployed ex-physicist” in the album’s opening song “Oh No”. Not, you’d imaging, a choice that ever tormented Hal David.

Bird is aiming for a kind of pastoral simplicity on Noble Beast. Cinematic moments, where the sound goes widescreen, are almost an afterthought. On the lovely “Effigy”, the violin has a Ry Cooder-ish feel to it, like a campfire accordion, while the twanging guitar of Jeremy Ylvisaker evokes the soundtracks of Ennio Morricone. Bird concedes that the reverb-heavy whistling is suggestive of spaghetti westerns, but claims he was aiming more for a 1960s Nashville feel – something with the sonic grandiosity of the Everlys, Roy Orbison or Kris Kristofferson. These influences are buried: while you might discern a folk memory of “Ghost Riders In The Sky”, it would be an age before you discerned any similarity to “Only The Lonely”. But “Effigy” is a lovely song, and sturdy enough to survive re-interpretation. You can imagine it in the voice or Lee Marvin or Leonard Cohen, and there’s no greater praise.

The Nashville inference is no accident. The songs were assembled with the assistance of Lambchop collaborator Mark Nevers, while drummer Martin Dosh added rhythm tracks in his Minneapolis basement. But this isn’t a genre piece. There’s a sense throughout that Bird’s head is engaged in a battle with his heart, as if aware that there’s a pop masterpiece squatting on the far horizons of his intuition.

As grand and controlled as it all sounds, there is something unbalanced about Bird’s pop. In the album’s bonus disc, “Useless Creatures” – a free-spirited, indulgent collaboration with Wilco’s Glenn Kotche – you can hear him rustling and scratching away from the melody. The pulsebeat of Noble Beast travels in the other direction, but the aim is the same. Except that when Bird plays pop, you can whistle it. And if you don’t, he will.

Were you aiming for a pastoral sound?
Before I made this record, I sat down and said, now what do I want to hear? If I went into a record store, what’s missing? I decided I wanted to work more with acoustic instruments, getting this warm, rich, bubbly sound. I visualised a place on my farm in the country where there’s a spring coming out from underneath this tree, and everything’s covered in moss and in a state of decay, and it has a steamy fecund quality. That’s what I wanted to do sonically.

Have you moved beyond your jazz influences?
My influences are not as clearly visible. When you first start writing you have your record collection and you think this is as good as it gets. This Lester Young solo from 1956 – I can only hope to make music that cool. When you start writing you’re gonna naturally write that way. So instead of studying other violinists I tried to play like Coleman Hawkins or Lester Young, and I still do play that way – like a phrase is a breath of air. But it’s just not jazz. It’s not stylistically specific anymore. On a tune like “Masterswarm”, there’s a bit of a guilty pleasure about just playing a violin solo. It was a thrill – like I had to give myself permission: it was like, ‘OK, I’m gonna rip this lead out here.’