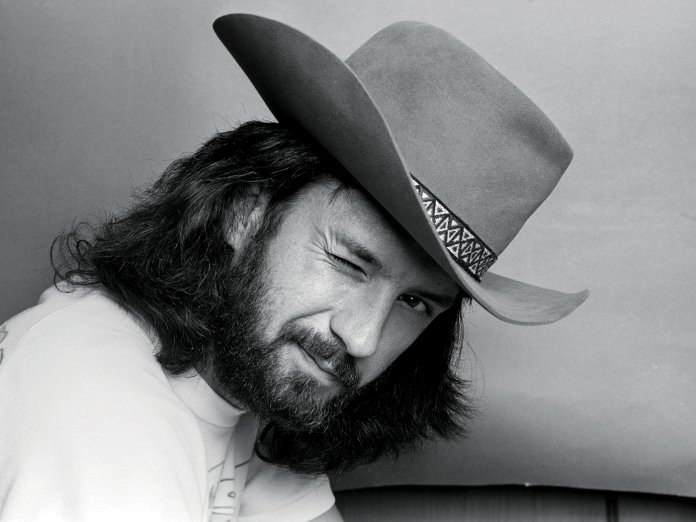 There’s added poignancy in this reissue of Nesmith’s fourth post-Monkees album, following his death in December last year. Yet rather than being a sentimental salute, Tantamount To Treason underscores Nez’s status as a country-rock forefather of a rather idiosyncratic bent.

Produced by Nesmith himself, Tantamount To Treason was his only recording with the Second National Band, a sextet featuring just him and pedal-steel guitarist Orville “Red” Rhodes from the first incarnation, plus session musicians including bassist Johnny Meeks, who did time as lead guitarist with the Blue Caps, and noted jazz drummer Jack Ranelli. In the run-up to release, Nez had been feeling the impact of diminishing market returns on his First National Band records, which makes this set even more of a triumph. It’s the full realisation of his aesthetic, interpreted by skilled players – nine tracks of expansive country rock with psychedelic and jazzy flourishes, intriguing experimental touches and a relaxed, almost meditative feel.

This remastered edition – expanded for both vinyl and CD – follows right behind 7a’s reissue of And The Hits Just Keep On Comin’, from later the same year. First up is the stomping “Mama Rocker”, equal parts Chuck Berry and CCR, with a touch of Jimmy Page – likely a bid to win listeners over ahead of the more reflective and/or out-there tracks. It’s in sharp contrast to what immediately follows: “Lazy Lady” is cast as a traditional country number with lachrymose pedal-steel work, though it’s skewed by an odd, descending guitar coda. It’s also a reminder, were it needed, of the tender honesty of Nesmith’s lyrics and the keening power of his voice.

Ravishing epic “In The Afternoon”, a reflection on change and the building of a home, is similarly languid and a standout, while the irresistibly woozy flow and reverb manipulations of “You Are My One” throw forward to Eric Chenaux’s “bent jazz” style. The band’s cover of the Lee/Duffy standard “She Thinks I Still Care” is a diametric opposite, but nowhere near as strikingly so as “Highway 99 With Melange”. Written by keyboardist Michael Cohen, it opens with metallic clanging, then suggests a car radio flipping between stations (faint snatches of Nesmith’s voice, sudden sub-Zep blasts), adding seagull cries and thunder. The song proper adopts a comically exaggerated tone for a road-trip monologue, while pianos hammer out what sounds like two different bar-room tunes behind. Cohen’s song is a curate’s egg but it’s also an indication of the breadth of Nesmith’s vision and his enthusiasm for change.

Record company pressure won the day, however, and rather than Tantamount To Treason Vol 2, he (and just Rhodes) delivered the more commercially viable And The Hits Just Keep On Comin’.