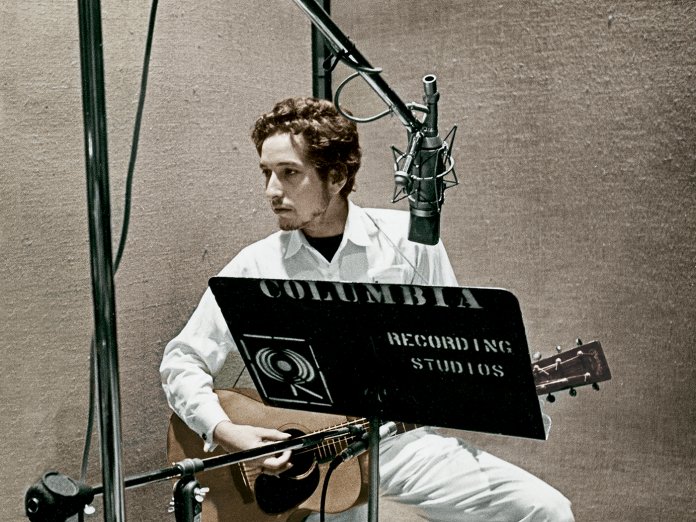 On his return from the Isle Of Wight festival in September 1969, Bob Dylan moved himself, his wife and their three children – Sara was heavily pregnant with a fourth – from Woodstock to Greenwich Village. Settling into a townhouse on MacDougal Street, he tried to reconnect with the sort of life he had known after first arriving in New York from Minnesota. Early in 1970 he began recording the tracks that would not only complete Self-Portrait in time for a June release but provide the material for New Morning, which made its appearance in October. There would be enough left over for Columbia Records to issue a rag-bag album called Dylan in 1973 in response to his defection to David Geffen’s Asylum label.

All that activity, achieved in 10 sessions between March and August, resulted in some of his most widely reviled music. He even reviled it himself, with brisk thoroughness, in the pages of Chronicles Vol 1: “I just threw whatever I could think of at the wall and whatever stuck, released it.” So much for Self Portrait. He was barely kinder to New Morning, even though it was hailed in some quarters as a return to the truth path: “Maybe there were good songs in the grooves and maybe there weren’t – who knows? But they weren’t the kind where you hear an awful roaring in your head. I knew what those kind of songs were like and these weren’t them.”

In that mood, goodness knows what he would make of this latest archival trawl. Collecting further offcuts and floor-sweepings from those sessions in a compilation originally given a very limited release as part of his management’s continuing exercise in extending his copyright holdings, it acts as an appendix to Vol 10: Another Self Portrait (1969-1971), released in 2013.

The more perspective we gain on the long arc of Dylan’s career, the more clearly we understand his lifelong habit of trying things out, discarding some discoveries, metabolising others. This is his own process, beholden to no-one, enabling him not just to converse with the spirits of all those who went before but to commune with himself, reshaping his gleanings into 60 years’ worth of self-expression.

The 74 tracks included in these three CDs, recorded at 10 separate sessions between March and August, are not the work of a man gripped by inspiration. In scale they range from isolated fragments to several absorbing takes of a song – “Went To See The Gypsy” – on its way to near-greatness. There are covers, from a single verse of Buffy Sainte-Marie’s “Universal Soldier” to a mercifully truncated stab at Jay And The Americans’ “Come A Little Bit Closer”, via an ardent version of Eric Andersen’s “Thirsty Boots”, an intense but sludgy “Long Black Veil”, a likeable “Come All You Fair And Tender Ladies”, “Can’t Help Falling In Love” touchingly crooned against Al Kooper’s funeral-parlour organ, and a cheerful “Jamaica Farewell” that most clearly reveals the presence of the heavy cold that affected his singing throughout the New Morning sessions. “Spanish Is The Loving Tongue”, with David Bromberg on guitar, sits somewhere between the sublime voice-and-piano take used on the B-side of “Watching The River Flow” and the kitsch flourishes of the band-and-voices version on Dylan.

He takes another look at some of his own older songs. “Tomorrow Is A Long Time” is recast as a slow blues over a “Smokestack Lightnin’” riff, its wistfulness replaced by raw hurt. Other novelties include a harmonica intro to “Winterlude” and a lolloping Nashville-style full-band arrangement of “Song To Woody”. His inveterate fondness for trying songs in different time signatures reaches a bizarre peak in a version of “Just Like Tom Thumb’s Blues”, which he sings in 6/8 over a 4/4 rhythm section.

Those looking forward to the results of the May 1 session with George Harrison had better restrain their excitement. Lively versions of two Carl Perkins rockabilly songs, “Matchbox” and “Your True Love”, are the highlights of a session that it would be a kindness to describe as informal. There’s a Harrison guitar solo on “Time Passes Slowly” and his harmony can be heard on “All I Have To Do Is Dream”. Dylan’s respectful treatment of McCartney’s “Yesterday”, although marred by a missed chord change, is also from the Harrison session, but the guitar solo may be by an uncredited Ron Cornelius.

The return to New York turned out to be a mistake. “It was a really stupid thing to do,” Dylan said 15 years later. The hippie stalkers who had made the young family’s life a misery in Woodstock were now laying siege to his MacDougal Street home and the egregious AJ Weberman was rooting through his garbage. “Everything had changed,” he concluded. This music – transitional and provisional, both tentative and revealing, such a puzzle at the time – was his response.