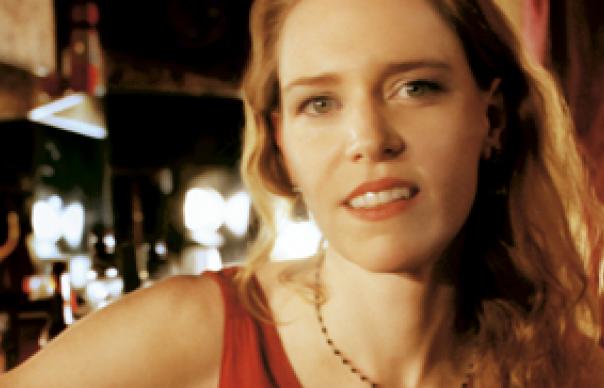 The title made it plain enough. As the alt.country movement built up its head of steam in the mid-’90s, here was a debut album that unapologetically looked back. Combine that with a cover portrait that made Gillian Welch look like some raw-boned Depression gal in her Sunday fineries and you had some idea of what was in store before you even put the record on.

But what a record 1996’s Revival was. Jerry Moss, who’d signed the Flying Burrito Brothers to A&M a quarter of a century earlier, knew instantly that Welch and partner David Rawlings were the real deal when he snapped them up for the new Almo Sounds label. The startling austerity, the keening rawness, of the duo’s sound had a grace and class absent from most of their lo-fidelity Americana contemporaries. Here were two middle-class music students teaming up to make high art out of one of America’s most primitive music forms. How were we to know that the opening “Orphan Girl” was veiled autobiography rather than the imagined plaint of an abandoned waif in 1930s Kentucky?

With T-Bone Burnett at the controls – and fleshing out the starkly beautiful songs with contributions from such legendary sidemen as Jim Keltner and James Burton – Revival was an utterly convincing mix of Appalachiana (“Annabelle”, the pining “One More Dollar”) and lurching rockers (“Tear My Stillhouse Down” and “Pass You By”, the latter’s neo-rockabilly groove riding on Roy Huskey Jr’s stubby upright bass).

T-Bone was still around for the apocalyptically titled Hell Among The Yearlings. Having seen reason and pared Revival back to basics at mixdown, he kept things more minimal still for the second album. Here were Welch and Rawlings in pure mountain mode, their softly graceful harmonising complemented by brittle, almost tinny guitars that recalled Willie Nelson (no newgrass Union Station slickery here, folks). Plus for half the album Welch turned to an Appalachian standby – the banjo – that she hadn’t used on Revival at all.

Where the first album had certainly hinted at the tragic provenance of so much “old-timey” bluegrass, Hell reeked of darkness and despair – devils and early deaths and even (on the brilliantly blithe “My Morphine”), drugs. Revival’s retro sheen made way for austere acoustic sorrow, never more affecting than on “One Morning”, a mother’s agony on beholding her murdered son return on the horse that had borne him away. Chuck in a Tennessee miner’s lament, the rape-revenge opener “Caleb Meyer”, the gospel singalong “Rock Of Ages”, and the listless suicide note that is “Good Til Now” and you can see this record could be a bit of a downer. It isn’t.

I remember being a mite disappointed by 2001’s Time (The Revelator), Welch’s third album and the first following the closure of Almo Sounds. Self-produced at Nashville’s legendary Studio B, it seemed to lack the Burnett touch that infused Revival (and that infuses the masterful Plant/Krauss opus, Raising Sand). Or maybe I just missed the Appalachian morbidity of its predecessor. Welch and Rawlings seemed to be making a point in “I Want To Sing That Rock And Roll”, recorded live at the Ryman Auditorium. No getting stuck in an antiquated rut for this pair, evidently: a decision made only too clear by the subsequent Soul Journey (2003), with its Band and Neil Young trappings.

Hell, Time… sounds pretty damn good today. The six-and-a-half-minute opener “Revelator” (the title a nod to Son House et al) is exquisite, as is the Titanic-themed “April the 14th, Pt 1”. I love the referencing of Steve Miller’s “Quicksilver Girl” on the surly, proud-sounding “My First Lover”, while the charmingly personal “Elvis Presley Blues” steers us well away from the stark landscapes of The Carter Family and their kind. “Everything Is Free” is a bemused response to the post-Napster world of entertainment, voicing a determination to continue singing even if there is no money in it. The album finishes up with the drifting, entrancing 14- plus minutes of “I Dream A Highway”.

What does it mean to be making this “American Primitive” music in the hyper-technologised 21st-century? Is it a denial, or just a blessed respite from the insanely disembodied touch-screen world we all now inhabit? (Is it a music that in fact befits what increasingly looks like a Second Great Depression?) When all’s said and done, it’s about nothing more than great songs, played with real care and seriousness. “I tend to think this kind of music is, you know, art,” Rawlings told me in 1997. “And I think you can make art out of it if you love it.”

Can it be almost six years since the indomitable duo released a new album? While they’re always busy – guesting, collaborating, performing in and around Nashville – they’ve kept us starving for too long now.

Let’s trust that their soul journey makes its next stop soon.