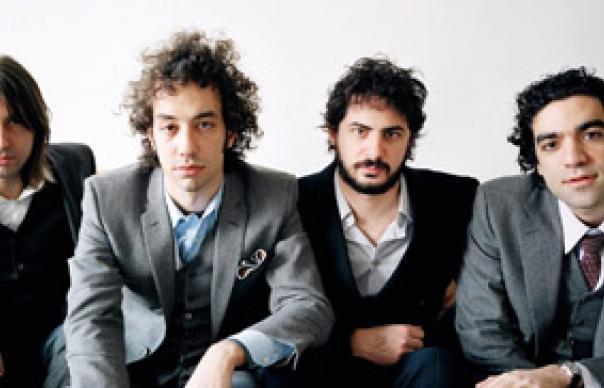 Hammond seems to be on a one-man mission to demonstrate to his seemingly indefinitely-in-limbo Strokes bandmates that’s it’s really not so hard to make a pretty good powerpop record.

Hard on the heels of 2006’s Yours to Keep, ¿Cómo Te Llama? is another baker’s dozen of short, sharp indie-rock workouts, drawing on the jerky dazzle of Television (“Rocket”), the twinkly side of the Velvets (instrumental “Spooky Couch”) and the popcraft of the Cars (apparently Ric Ocasek helped decide which tunes made the cut). None of it is in any sense inspired, and Hammond tries his hand at that Swiss-finishing-school skank once too often, but many tracks here could comfortably make it onto First Impressions of Earth.
STEPHEN TROUSSE