ALASDAIR ROBERTS & FRIENDS – TOO LONG IN THIS CONDITION 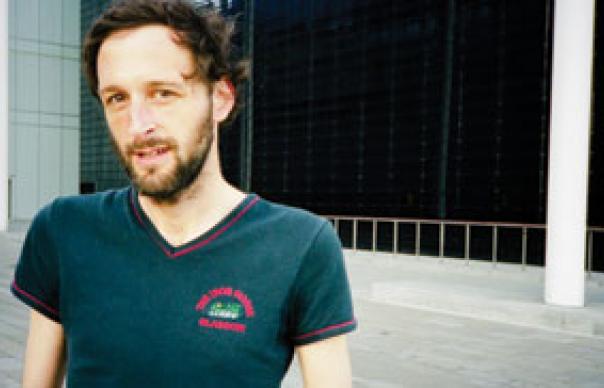 “Stravaig with gravitas!”, yells the headline to Alasdair Roberts’ sleevenotes. ‘Stravaig’ is an old Scots word meaning to roam or wander without purpose. Doing it with gravitas suggests a rather po-faced mountain hiker; but it makes more sense when applied to Roberts’ journeys through folk music over the past 15 years.

After leaving Appendix Out, the Americana-influenced indie outfit formed in the early ’90s, Roberts has wandered with care through Britain’s folk tradition, proving himself an idiosyncratic interpreter of the ballad canon, favouring the magical, murderous fare typical of the Child Ballads collection. But in parallel, he writes his own material in the same vein, haunted by spectres of folk’s mongrel history, and recasting contemporary dilemmas in arcane, even erudite linguistic verse, reaching a peak on last year’s Spoils and its accompanying “The Wyrd Meme” EP. For Too Long In This Condition, he’s tossed the bucket down into the wellhead of tradition again, and hauled up a 10-song collection of ‘Trad. Arrs’.

Like so many of folk’s pathfinders in Britain, he’s approached the tradition crabwise, discovering the music tentatively at first, as an outsider – his father’s former career as a folk singer notwithstanding. His taut, peaty Scottish singing voice is as distinctive as past masters Robin Williamson and Archie Fisher. It’s not a trained voice; but it’s an arresting one, which strains and occasionally cracks over the high notes. He makes himself a vessel for these old songs to pass through – a larynx possessed by the spirit of an earlier age – and yet manages to mint them freshly, with the aid of hand-picked musicians, mostly from his adopted city of Glasgow, and including a cellist (Christine Hanson), lap steel player (Ben Reynolds), and fiddler (Alastair Caplin).

Combining an encyclopaedic knowledge of Celtic folk stylings with a rangy taste in reading, Roberts has cultivated a strikingly antiquarian ear for the bleakest songs, conjuring the music of a Britain that’s truly ‘gone’. There’s a slightly ramshackle, live-in-your-living room feel to the proceedings; in fact several tunes here are unbelievably catchy. “The Two Sisters” is steeped in wood-smoke and toasted corn, as if sung from an Appalachian porch transposed to the shores of Loch Fyne. His take on “What Put The Blood On Your Right Shoulder” is beautifully judged, with Donald Lindsay’s pipes curling around Roberts’ nimble, high-fretboard skirls. Shane Connolly’s drumming needs singling out: a heavy, splashy attack that recalls the heft of Dave Mattacks.

“The Golden Vanity” is the kind of odyssey-like ballad or journey song that feels peculiarly suited to Roberts’ discursive approach, plenty of incidental, surreal detail in its ship of fools narrative. At the other end of the scale, Roberts slips in “Kilmahog Saturday Afternoon”, a piece written by his father Alan, turned here into the kind of electric jig that Fairport mastered, with added Ozark harps.

“Long Lankin” is almost inappropriately jaunty, given that it deals with the pricking of a baby, the knifing of a lady, a criminal hanging and a “false nurse” burnt alive. But the insouciant delivery only amplifies the cold brutality of the acts described. It’s a long time since balladry has sounded this vital and primordial, so soaked in ancient blood. Long may Roberts’ grave stravaiging continue.
Rob Young

Q&A
“Stravaig with gravitas” – how do you apply that phrase to the music here?
I suppose ‘gravitas’ applies in that the songs are all somehow concerned with themes of mortality. I think all in all it’s a more upbeat record than [2005’s] No Earthly Man. I don’t think ‘stravaig’, meaning ‘to wander aimlessly’, really applies to the work as it seems fairly focused and concise to me. Perhaps the record would be a good auditory accompaniment to a languorous stravaig in the Cuillin, the Burren or the Kentish Weald.

The longest-lived ballads are most preoccupied with death, aren’t they?
I think it’s an understandable preoccupation with what’s inescapable for us all. I have a recording of the “Long Lankin” ballad sung by an Irishman whose name escapes me… he’s singing this ballad about infanticide, occasionally laughing, at the same time as he’s nursing his own baby, who can be heard gurgling in the background.

Still writing your own folk-not-folk songs?
I’ve been slowly working on new non-traditional songs. At the moment I feel pretty happy with them, lyrically and melodically, I have about 18 or 20 completed pieces, and I’ve been thinking about the possibility of working with brass or woodwind, which I’ve never really done before.
INTERVIEW: ROB YOUNG