The quartet of albums that created a soul superstar, available in one 2CD package 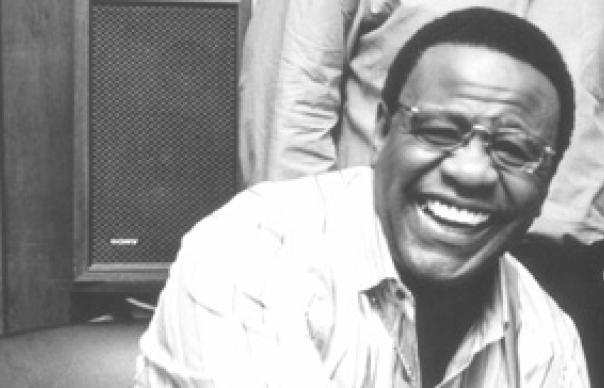 By the end of the 1960s, Memphis was an exhausted city. The birthplace of Sun , Presley and Cash, Stax, Otis and the MGs, seemed a spent force. Stax, the epicentre of ‘60s soul, was still reeling from the death of Otis Redding and the assassination of Martin Luther King on its doorstep. The label would have more hits, but the thrill of its glory years was gone.

Instead, the final chapter of ‘The Great Memphis Sound’ was written by Willie Mitchell and Al Green. In 1969 bandleader and producer Mitchell had encountered Green on the road and promised the singer he could make him a star inside 18 months. Shortly afterwards, a penniless Green showed up on Mitchell’s doorstep.

Mitchell’s time frame proved exact. Green Is Blues, the first album the pair cut, was a dry run, a half-formed collection of cover versions that nonetheless established a template of simple backbeats and horns, over which Green’s vocals danced nimbly. Gets Next To You, the 1971 follow-up, was only marginally better, but contained the two singles that put Green before his public: “I Can’t Get Next To You” recast the Temptations’ hit as a slow, dirty blues; while “Tired Of Being Alone”, by Green himself, established his persona as sensitive lover.

Though Green could play soul stud – witness the bluntly titled “I’m A Ram” on the second album – it was his vulnerability that endeared him to millions of female fans and which was the central pitch on Let’s Stay Together (1971) and I’m Still In Love With You (1972), a pair of flawless albums that established Green as soul’s force majeure in the early ‘70s. Tenderness was there in Green’s dandified white suits, there in the songs – a majority written by Green, often with Mitchell or MGs drummer Al Jackson – there in vocals that dipped agilely in and out of falsetto or fragmented into sobs, simpers and bedroom moans. Green could reproduce his vocal acrobatics live, often holding the microphone at distance, playing with its resonance.

For his part, Mitchell brought a jazzman’s ear to the sessions, slowing down tempos, giving the records a languid but still forceful beat behind which Green and the creamy horn parts seemed to lag a dramatic half-beat. Their choice of cover versions was inspired – the Bee Gees’ “How Can You Mend A Broken Heart” and Kristofferson’s “For The Good Times” were definitively recast with slow-burn intensity.

At a time when soul was increasingly engaged politically and musically experimental – Mayfield, Wonder, Gaye and Brown were cutting masterpieces, while Earth Wind And Fire and George Clinton were fooling with soul as science fiction – Green’s records were essentially a throwback, the last gasp of the gospel era. Green had grown up singing in the family gospel group (he was expelled for listening to Jackie Wilson) and the pulpit is never far away. When he sings “Love Can Make You Do Wrong” on Love And Happiness, it’s pure churchifying. A few years down the line Green would give up romance for the pulpit. Religion’s gain, but soul music’s loss.