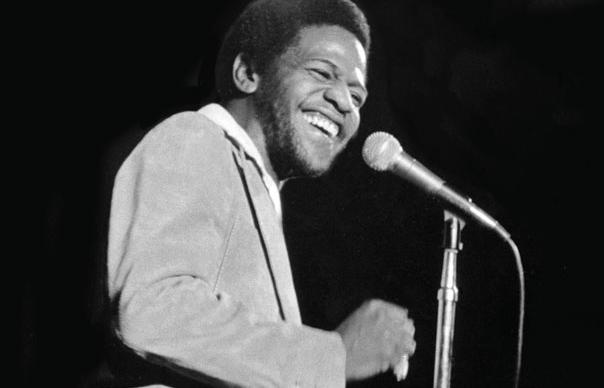 To dominate the world of soul music in the year 1972 took some doing. The air was filled with Marvin Gaye’s Trouble Man, Curtis Mayfield’s Superfly, Bobby Womack’s Understanding, War’s The World is a Ghetto, Bill Withers’ Still Bill, Sly and the Family Stone’s Fresh, the Isley Brothers’ Brother, Brother, Brother and Stevie Wonder’s double punch of Music of My Mind and Talking Book. That’s formidable competition, but Al Green faced it down with Let’s Stay Together and I’m Still in Love With You, his third and fourth albums for the Hi label, which made their appearances in January and October of ’72 respectively.

“1972 is Al Green’s year and he seemed to snatch it up almost effortlessly,” Vince Aletti wrote in Rolling Stone that November. At the time it seemed as though Green represented the eagerly awaited successor to Otis Redding: a new figurehead for the kind of soul music that retained an explicit connection with its blues and gospel roots, disdaining the experiments with the language of rock that could be heard in the music of his contemporaries. Although hardly unsophisticated, Green’s music still sounded as though it was aimed at an audience of people whose diet included cornbread and grits.

The direct link between Redding and Green was Memphis and the durable formula of southern soul, whether recorded at the old Stax studio on East McLemore or Royal Recording on South Lauderdale. Barely a mile apart, the two locations were linked by a highly evolved understanding of one of the last genres of American pop music whose exponents only had to open their mouths or pluck a string to betray their geographical location.

Green was 23 years old when he met the trumpeter, songwriter, arranger and record producer Willie Mitchell in 1969. Mitchell owned the Royal studio and was a vice-president and A&R chief of the locally based Hi Records, whose only real claim to fame at that point was a pair of instrumental hits by musicians better known for playing on other people’s records: Bill Black’s “Smokie Pt 2” and Ace Cannon’s “Tuff”. Together, Mitchell and Green would make the little regional label synonymous with the second coming of Memphis soul, and no finer evidence exists than the music on these two albums.

With Green’s first two Hi albums, Mitchell had edged gradually closer to what became the trademark approach of an almost obsessive minimalism in arrangement and production, moving towards the setting most suited to the singer’s unique characteristic: the quieter he sang, the more powerfully intense his performance became.

The best place to hear that phenomenon in action has always been “Simply Beautiful”, a track on the second of these albums. It’s built on an acoustic guitar accompaniment, with a bass guitar and kick-drum and hi-hat, a floating B3 and the occasional intervention of gentle strings. Green himself seems to merge with the song, the sound of his falsetto getting thinner as he gives the impression of being overwhelmed by sheer ardour, until it almost disappears in a series of ecstatic hums and gasps, leaving just the memory of languid rapture hanging in the air.

The first album opens with its title track, reminding us that “Let’s Stay Together” – an R&B chart-topper in the US for 10 straight weeks — is where the sound came together. It unveils the notion of using a soggy tom-tom to carry the slinky rhythm and the general air of laconic understatement conjured by the Hodges brothers – Charles on keyboards, Teenie on guitar and Leroy on bass – with the great Al Jackson Jr on drums (sometimes replaced by Howard Grimes) and the dry-toned Memphis Horns, led by the saxophonist Andrew Love and the trumpeter Wayne Jackson.

Older ways reassert themselves on subsequent tracks, but it’s still hard to believe that great songs like “So You’re Leaving” and “It Ain’t No Fun to Me” – both written by Green – could have been overlooked in the process of choosing subsequent single releases.

By the time they made the second album, the formula was at its peak. Like “Simply Beautiful”, “I’m Still In Love With You” is nothing short of perfection, and the version of Kris Kristofferson’s “For the Good Times” extracts pure gold from the country-soul mine, while Roy Orbison’s “Oh, Pretty Woman” is so utterly transformed that Green himself seems to become its author.

Once again the singer and his producer could afford to overlook a potential hit single, in this case “Love and Happiness”. Such was the luxury of choice they enjoyed back in their glory days. There would be classics to come – “Take Me To The River”, The Belle Album – but this was when Al Green ruled the world.
Richard Williams