Woodstock: “We never knew there was this many of us” 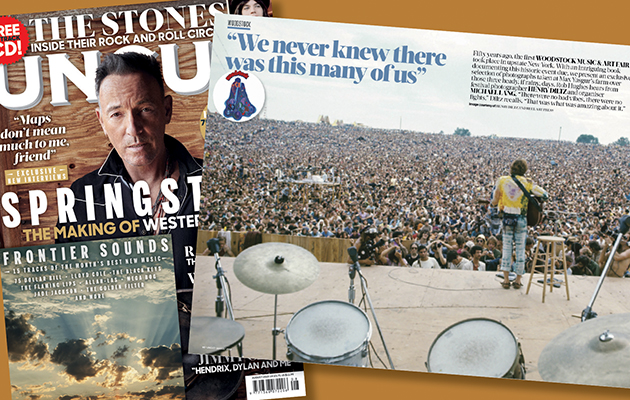 Fifty years ago, the first Woodstock Music & Art Fair  took place in upstate New York. To mark the publication of Michael Lang’s book Woodstock: 3 Days Of Peace & Music, the current issue of Uncut – in shops now or available to buy online by clicking here – presents an exclusive selection of photographs taken at Max Yasgur’s farm over those three heady, if rainy, days.

“Max Yasgur’s cow field was a gently sloping hill and a natural amphitheatre,” says Woodstock’s official photographer Henry Diltz. “I spent two weeks taking photos of hippie carpenters, working on this huge deck at the bottom of a field of green, waving alfalfa. One day, I noticed a small group of people at the top of the hill. The next day there were many more, then the day after that there were 400,000. When Chip Monck got up on stage he said, ‘Wow! We never knew there was this many of us!’… The whole thing was an amazing, almost dream-like thing.” 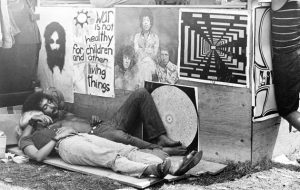 Diltz: “There was this feeling in the land, a new kind  of expression. Woodstock was an extension of the hippie love-ins, where everybody would gather in the park on a Sunday afternoon. There were no bad vibes, there were no fights, there were no assholes. That was what was amazing about it.” 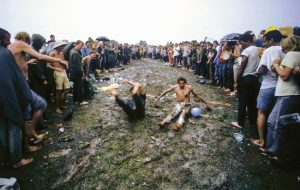 Diltz: “It rained  on Saturday afternoon and a bunch of hippies took their shirts off and started sliding down the hill. We called them the mud people. It was an alfalfa cow field, so there was cow manure under all that grass. Combined with  the rain, there  was a very strong, barnyard odour.” 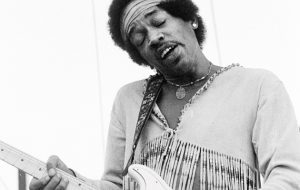 Diltz: “When people ask me for my highlight of Woodstock, there’s no question that Jimi Hendrix was the riveting moment. He started playing that solo version of ‘The Star-Spangled Banner’ and my immediate thought was: ‘Why is he playing this? That’s not our hippie anthem.’ But then I realised, ‘No, that’s our  song. We’re reclaiming that!’”

Read much more about Woodstock in the current issue of Uncut, out now with Bruce Springsteen on the cover.