When Frank met Bob: hear Sinatra and Dylan sing Shadows In The Night 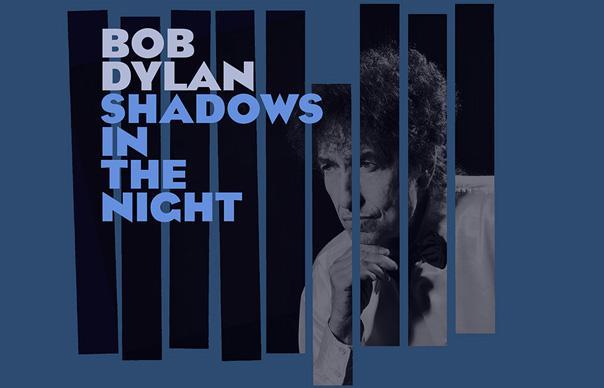 Anyone surprised by the news of Dylan’s affection for ol’ Blue Eyes would have done well to reach for their copy of Chronicles Volume 1. There, Dylan noted, “I used to play the phenomenal ‘Ebb Tide’ by Frank Sinatra a lot and it never failed to fill me with awe… when Frank sang that song, I could hear everything in his voice – death, God and the universe, everything.”

For Shadows In The Night, Dylan’s 36th studio album, he and his band have recorded ten songs popularised by Sinatra during the 1940s. Keen Dylanologists will already know that Dylan previously recorded an unreleased version of Sinatra’s 1967 song “This Is My Love” during the Infidels sessions. He also covered “All My Tomorrows”, from Sinatra’s All The Way album, live in 1986 and delivered a moving version of “Restless Farewell” at Sinatra’s 80th birthday tribute in 1995. He’s played “That Lucky Old Sun” in 1986 and 2000. More recently, he unveiled his version Sinatra’s 1964 single, “Stay With Me” during his run on shows in December at New York’s Beacon Theatre, a few days before Shadows In The Night was formally announced. The very first episode of Theme Time Radio Hour, broadcast on May 3, 2006, included Sinatra’a “Summer Wind”.

Anyway, it’s all exciting stuff. What I thought might be instructive is to run below Sinatra’s original recordings (plus Dylan’s currently available versions). That way, it might be possible to get a flavour of what we can expect when Shadows In The Night is finally released on February 3, 2015…


“The Night We Called It A Day”

“Why Try To Change Me Now”