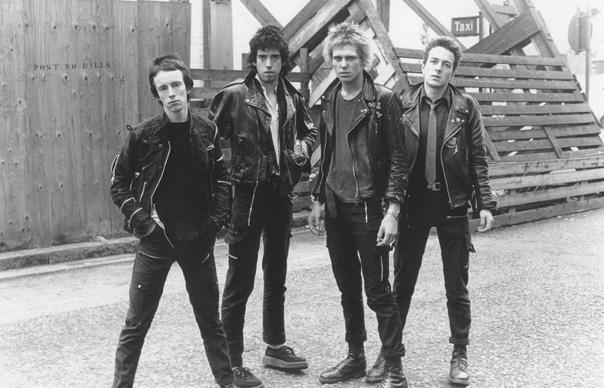 Footage of The Clash‘s 1977 New Year’s concert at infamous Covent Garden venue the Roxy has surfaced for the first time.

The clip, captured by filmmaker Julien Temple, has been revealed in a new BBC documentary about punk in ’70s England. It also includes other archival footage including media broadcasts.

The January 1 concert cemented The Clash and the Roxy venue’s historic place in London’s exploding punk scene. It also saw the band debut new drummer Rob Harper and a new song, “I’m So Bored With the USA”. The full documentary can be watched below.

Last month, an updated version of The Clash’s “Rock The Casbah” featuring Ranking Roger on vocals was released to raise money for Joe Strummer’s charity, Strummerville. Ranking Roger recorded an alternative version of the song in 1981 with Clash members Strummer and Mick Jones but it was never released.

An EP features two versions of ‘Rock The Casbah’ plus ‘Muscle Ska’, co-composed by Neville Staple from The Specials. The five-track EP is available now through PledgeMusic and will raise funds for Strummerville, the charity set up by Strummer before his death to help aspiring young musicians.