Watch the trailer for new documentary, The Beatles: Eight Days A Week – The Touring Years

The Beatles: Eight Days A Week - The Touring Years is released in the UK in September 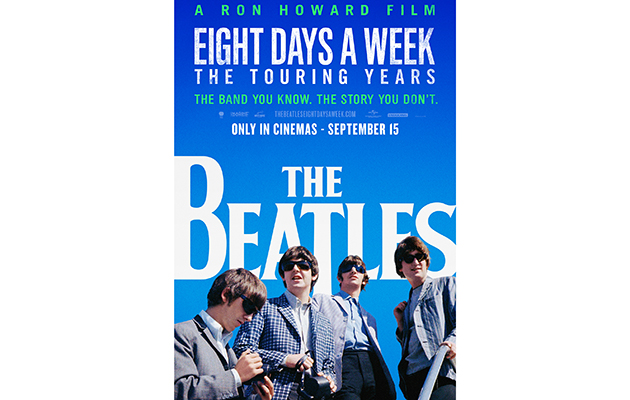 The first trailer for the new documentary, The Beatles: Eight Days A Week – The Touring Years, has been released; you can watch it below.

Featuring rare and exclusive footage, the film is directed by Ron Howard and will focus on the time period from the early Beatles’ journey in the days of The Cavern Club in Liverpool to their last concert at Candlestick Park in San Francisco in 1966.

The film receives its world premier at London’s Leicester Square on September 15, 2016; it will play in cinemas for one night only. It will also premier in France and Germany on the same date, in Australia and New Zealand September 16 and then on September 17 it will begin streaming on Hula in the United States.