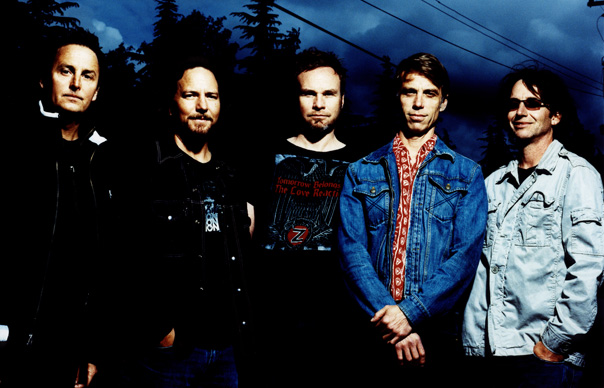 Pearl Jam were joined onstage on September 2 by Jay-Z for a version of the rapper’s hit single, “99 Problems”.

The rockers were headlining the final night of the Made In America Festival in Philadelphia, when the event’s famous curator joined them to run through his 2004 single. Click above to watch fan-shot footage of the collaboration between the two massive acts.

Sunday drew performances from The Hives, current UK chart topper Rita Ora, Santigold, Odd Future and Drake, with Pearl Jam closing the weekender with a 25-song set, which included covers of The Clash’s “Know Your Rights”, “Love Reign O’er Me” by The Who and Neil Young’s “Rockin’ In The Free World”.

‘Go’
‘Corduroy’
‘Save You’
‘Given To Fly’
‘Elderly Woman Behind The Counter In A Small Town’
‘Unemployable’
‘Even Flow’
‘Got Some’
‘Daughter’
‘Unthought Known’
‘The Fixer’
‘Nothingman’
‘Do The Evolution’
‘Jeremy’
‘Know Your Rights’
‘Rearviewmirror’
‘Love, Reign O’er Me’
‘Spin The Black Circle’
‘Better Man’
‘Comatose’
‘Black’
‘Alive’
‘WMA’
’99 Problems’
‘Rockin’ In The Free World’