The song is taken from his upcoming Fresh Blood album

Matthew E White has released a video for a new song, “Rock & Roll Is Cold“.

The track will appear on his upcoming album, Fresh Blood.

Introducing the video, White said: “This video was about highlighting and making use of pre-existing beauty and grandeur. The images I wanted were John Ford’s America – part Badlands, part Bonnie And Clyde.

“To that end, I used a team in Salt Lake City known much more for shooting spectacular outdoor shots than any music videos. That was really fresh for me, not to mention extraordinarily physically challenging at times – but these guys are world traveling, mountain climbing pros and brought out the tremendous beauty of the landscape we shot in.

“Not to mention the extraordinary beauty of my lady, Miss Merry George. Mirroring the family involvement of the Fresh Blood album cover (shot at my Grandma’s house in Alabama) the final scene of this was shot at my Aunt’s house. It’s nice to keep the family involved when you can.” 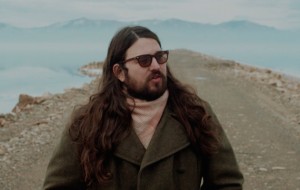 White has announced live dates to coincide with the album’s release.