He also reveals that he may have misnamed The Madcap Laughs 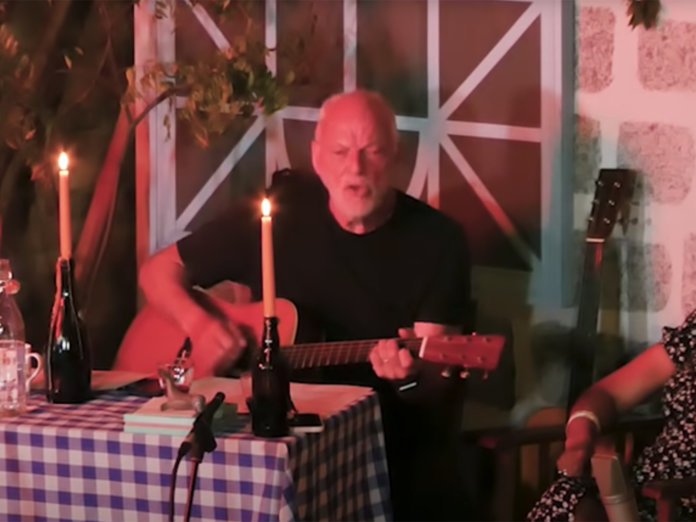 David Gilmour and Polly Samson have released their latest lockdown video as ‘The Von Trapped Family’. In it, Gilmour discusses his friendship with Syd Barrett and plays two of Barrett’s songs, “Octopus” and “Dominoes”.

Watch the full video below:

Gilmour also reveals that he is working on a definitive book of Syd Barrett lyrics. “The lyrics have never actually been printed properly,” says Gilmour. “Syd never wrote them down, they were never properly transcribed.”

While listening back to the isolated vocal takes of The Madcap Laughs, Gilmour reveals that he thinks Barrett might have actually sung “the mad cat laughs” in the song “Octopus”. Nonetheless, he says he prefers the album’s published title.