Bob Mould has revealed a clip of his band performing live with Dave Grohl as he seeks funds to launch a new career spanning documentary. 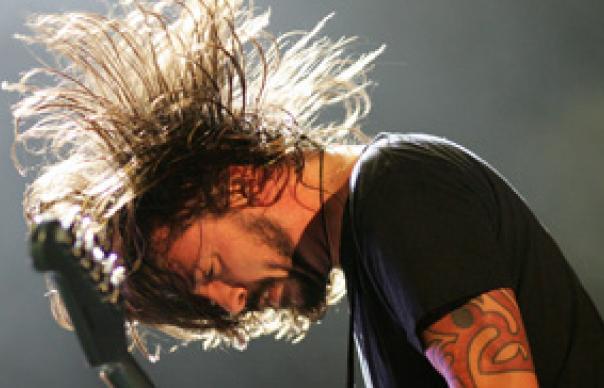 Bob Mould has revealed a clip of his band performing live with Dave Grohl as he seeks funds to launch a new career spanning documentary.

Mould revealed the clip, which you can see at the bottom of the page, during an AmA (ask me anything) on Reddit. The performance is lifted from the frontman’s new film See a Little Light: A Celebration Of The Music And Legacy Of Bob Mould which is currently seeking funds on Kickstarter. The film focuses on the November 2011 all-star concert hosted by Mould in Los Angeles at the Walt Disney Concert Hall. Ryan Adams, Spoon’s Britt Daniel, The Hold Steady’s Craig Finn, and No Age were amongst the musicians who paid tribute to Mould at the concert.

Talking about Dave Grohl on Reddit, Mould said the pair would work together, “As soon as he stops hanging around with that McCartney guy.” Adding: “I keep telling him Sir Paul is nothing but trouble! Seriously, any time Dave wants to make more music, I am in. He’s super busy with the Sound City movie, which I can’t wait to see.”

Dave Grohl is no stranger to films either and is currently promoting his Sound City documentary. A studio recording of ‘Cut Me Some Slack’, the song he recorded with Sir Paul McCartney and the remaining members of Nirvana for the film, was put online yesterday (Dec 17).

Scroll down to see the clip of Bob Mould and Dave Grohl perform Husker Du’s “Ice Cold Ice” together.