Charity covers record available to hear before release next week 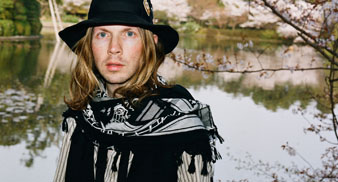 Prior to its official release this month on February 16, Myspace Music are exclusively previewing the forthcoming War Child album ‘Heroes (Vol 1)’.

War Child was set up in 1994 to support children and young people who have to live with the brutal effects of war. “War Child do exactly what it says on the tin,” said Elbow’s Guy Garvey. “These kids shouldn’t be in such circumstances in the first place, but they are, so thank god someone’s doing something about it.

The album was originally due to be released last year but due to the overwhelming number of artists who asked to take part the release date had to be postponed. “I have been supporting War Child since 1995,” said Sir Paul McCartney. “I think Duffy’s version of “Live and Let Die” is great – I was really impressed. The breadth of talent on this project is amazing; it’s great that so many people gave their time, energy and support to this initiative. I urge everyone to support War Child.”

In addition to the record, Coldplay will be performing a one-off show with The Killers at Shepherd’s Bush Empire on February 18. In a statement the band said: “In our eyes, War Child is one of the world’s most important charities, and The Killers are one of our favourite bands, so playing this concert is an absolute pleasure for us.”

The art work for the project was designed by former Stone Roses guitarist John Squire, who previously designed the cover for War Child’s 1995 album ‘Help’.

The tracklisting in full: