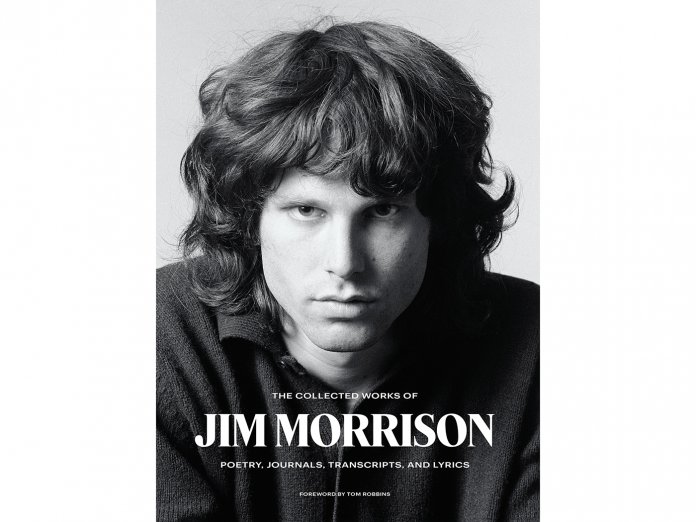 HarperCollins will publish The Collected Works Of Jim Morrison on June 8, a mammoth 600-page tome compiling most of The Doors frontman’s previously published work, along with unseen notebooks, journals, poetry, song lyrics, drawings and photos.

Roughly half the book consists of unseen material. This includes unrecorded lyrics and handwritten excerpts from 28 recently discovered notebooks, including Morrison’s thoughts on his 1970 trial for obscenity and what are to believed to his last ever writings before his death in Paris the following year.

The book will feature a foreword by novelist Tom Robbins and a prologue by Morrison’s sister, Anne Morrison Chewning. An audiobook version will include the first ever release of Morrison’s final poetry recording session, from December 1970.