Uncut plays the music of Beck

Beck has a new album out - Song Reader: Twenty New Songs By Beck. It is available only as sheet music. We dispatched Uncut's very own musical expert, John Lewis, to play the album, track by track, on his beloved piano. Below, you can watch the results - and let the magic of Beck's music wash over you... 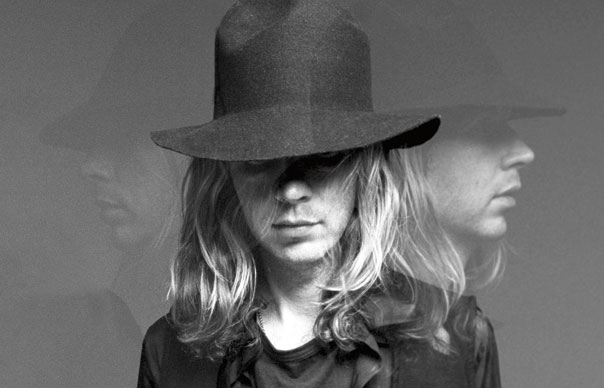 Beck has a new album out – Song Reader: Twenty New Songs By Beck. It is available only as sheet music. We dispatched Uncut’s very own musical expert, John Lewis, to play the album, track by track, on his beloved piano. Below, you can watch the results – and let the magic of Beck’s music wash over you…

1. We All Wear Cloaks

A faintly terrifying and demented gothic song, written in A minor and in the unusual time signature of 7/4 (there is one irregular bar at the end of each chorus in ¾). Sample of the verse lyrics: “Salamander rolling zig-zag/marching to a hum-drum/between the truth and a cryptogram/like skeletons struck dumb”. I’d imagine this being sung by a voice that’s been pitch-shifted or vari-speeded up an octave to make it sound even more demented.

A bluesy, knockabout, swing song. With lyrics like “your scarecrow spiders and your shipwreck bones/the fossilized bibles of Geronimo Jones”, I’d imagine Tom Waits doing a kinda junkyard jazz version. The artwork on the sleeve is exactly the same as a song of the same name released in 1882, while the back page has an advert (and the first 24 bars) for another Beck song called “Leave Your Razors At The Door”, which appears to be the name of a real song from the 1880s.

This is a great kinda soft rock ballad, a bit “Hey Jude”, a bit Laurel Canyon. The chords in the verse remind me of a Carpenters song, the chorus recalls Leonard Cohen’s “Suzanne”. I’d imagine it working with a pedal steel in the background. Lyrics seem to be about a secular saint (“Ascension day/there’s a plane skywriting out your name/the people stood and watched it blow away/cos nothing’s good until it’s gone away”).

A swing song in the key of G major with a very tidy middle-eight. Opening lyrics: “I’ve been hanging around again/hang my head on the ground again/Turn my face to the wall/turn my head to the wall/(chorus) Nobody knows you when you’re feeling sorry/nobody needs you when you’re feeling sorry/I’m sorry”. Back page has adverts and short extracts from other songs, including “If You’re Sorry Then Why Don’t You Look Sorry?”, “Are You Really?”, “Stop Being A Baby” and “Don’t Apologize”.


5. Last Night You Were A Dream

A ballad in the key of G major (“Please do not hurry this song” says the performance note). With all the chromatic chord shifts, I could also imagine this working as a kind of Nirvana/Pearl Jam grunge plodder. Opening lyrics: “Last night you were a dream/now you’re just you/and I am just a fool/someone you once knew”. Back page has an advert (and first 24 bars) of a Beck song called “Won’t You Fondle Me?”.

This is a vaguely epic-sounding ballad in the key of E minor. I could imagine it working as a James Bond theme, sung by Shirley Bassey or Adele, particularly that dramatic chord change at the start of the chorus. But it might also work as a rave song, with a kinda Italo-house piano riff running all the way through. Opening lyrics: “when the night/has gone cold/and you’re standing so alone/on the threshold of the rest/of what you know”. Back page has adverts and excerpts from several “Songs You Won’t Be Able To Get Away From And Otherwise Inescapable Melodies”, including “Heavy Breathing On The Phone (Is How You’ll Know It’s Me)” and “When You’re Sleeping, You Know I’ll Be There (In The Yard)”.

A swinging shuffle in the key of G major, apparently written by a Beck as a “60s-style pop song”, but would also work as a 1970s guilty pleasure. Opening lyrics: “if you hear my heart breaking/and you don’t know what it is/don’t be alarmed it won’t do you no harm/it’s just noise/it’s just noise”. On the back of the sheet music is an essay entitled “The Secret To Music Is Hygiene”.


8. Please Leave A Light On When You Go

A pretty waltz in the key of C, quite easy to play. You could imagine Mark Lanegan or Joanna Newsom doing this justice. Opening lyrics: “How fast/can a heart shatter/before you’re walking on spliters/your head aches/just to feel what it knows/please leave a light on when you go”. On the back page is an advert (and the first 20 bars) for a Beck song called “If You Come To My Garden Of Love (Don’t Mind The Weeds)”.

A harmonically complex mid-tempo song in the key of C, but where the verses appear to be in G and the choruses in D. Opening lyrics on verse: “Look up heaven’s ladder/watch the angels climb down”. Lyrics of chorus: “On the ground where there’s nowhere else to go/but only further down into the hole/you could see the whole world down below/down below, down below…”. The back of the sheet music advertises “even more songs from the afterlife!”, including one called “There Are Actually Too Many Dogs In Heaven At This Point”.

This is a vaguely Celtic-sounding song in 6/8 (although it would also be notated as a waltz, in ¾ time), with lots of slightly daft bucolic imagery (“the wolf is on the hill/the bird is in the briar/the thorn is on the rose/and your time is on the wire”). The artwork on the sleeve is exactly the same as a song of the same name released in 1874.

The artwork here is based on some patriotic songs written for World War I, although the ultra-melodramatic lyrics here (in which, surprise surprise, the son dies at the end) seem to undercut the vaguely militaristic march feel.

A kind of straight-four rock ballad in the key of A major with lots of self-referential lyrics (“You’ve taken the title of this song/from a life that’s beyond/something that you could belong to/but is it wrong to sing along?”) and some nice, Blur-ish chord changes. Back page has another Blurry sounding song called “Why?”.