Paul McGuinness also believes Spotify could save the music industry 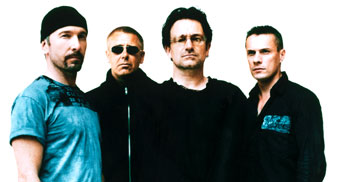 McGuinness is calling on those in charge to take steps against customers illegally file-sharing on their networks.

“I am convinced that ISPs are not going to help the music and film industry voluntarily,” he wrote in an article for GQ. “Some things have got to come with the force of legislation, President Sarkozy understood that point when he became the first head of state to champion laws to require ISPs to reduce piracy in France.

“In Britain, the major political parties have understood it, too. Following the passing of new anti-piracy laws in April’s Digital Economy Act, Britain and France now have some of the world’s best legal environments for rebuilding our battered music business.”

McGuinness also described “the graduated response” by which ISPs are required to issue warnings to serious offenders to stop illegal file-sharing is the way forward for dealing with the problem and was “immeasurably better than the ugly alternative of suing hundreds of thousands of individuals”.

McGuinness, who [url=http://www.nme.com/news/u2/37221]previously claimed Radiohead’s pay-what-you-like plan for their 2007 album ‘In Rainbows’ backfired[/url], believes online music services such as Spotify could pave the wave forward providing it can demonstrate that not only can it collect revenue from its users and advertisers but that it fairly passes on those sums to the artists, labels and publishers”.

“Households will pay for a subscription service like Spotify, or they will pay for a service bundled into their broadband bill, to an ISP such as Sky and Virgin Media,” he said regarding his future vision. “But many customers will also take out more expensive added-value packages, with better deals, including faster access to new releases.”