The Bu-ray and DVD is coming in June 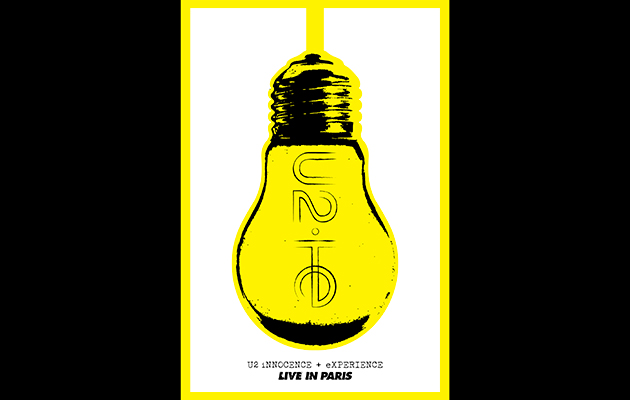 U2 have announced details of their new project.

iNNOCENCE + eXPERIENCE – Live In Paris will be released on Blu-ray, DVD and digital download on June 10 on Island Records.

The hour film, directed by Hamish Hamilton, includes guest performances by Eagles of Death Metal and, on the deluxe version, by Patti Smith, which also features behind-the-scenes documentary, additional music videos and live tracks and a tour of the visuals narrated by Gavin Friday.

The Standard DVD features 30 tracks, the Deluxe DVD and Blu-ray formats come with bonus material including Gavin Friday’s guide to “Cedarwood Road”, a behind-the-scenes piece with director director Hamish Hamilton’s behind-the-scenes documentary, on-stage tour videos for “The Wanderer” and “The Troubles” as well as six music videos commissioned for single releases from Songs of Innocence.

A Super Deluxe Box collection include all of the above as well as an exclusive USB lightbulb, a 64-Page hardback book, dog tags, stencil set, pin badges and a download.

Tracklisting for the deluxe eversion is: