He was "An incredible musician and an even better person," says Brian Wilson 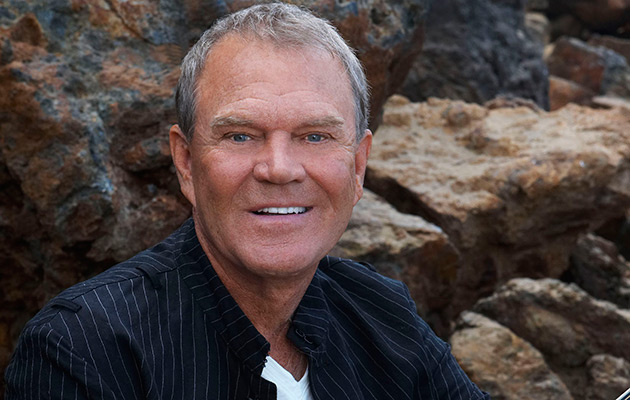 “It is with the heaviest of hearts that we announce the passing of our beloved husband, father, grandfather, and legendary singer and guitarist, Glen Travis Campbell, at the age of 81, following his long and courageous battle with Alzheimer’s disease,” the singer’s family said in a statement.

Campbell announced his Alzheimer’s diagnosis in 2011, which he followed with the Goodbye Tour and the documentary film I’ll Be Me. He released his last studio album, Adios, in June this year.

Glen Travis Campbell was born in Pike County, Arkansas, on April 22, 1936. His first guitar cost $7 from a Sears catalogue.

As a struggling musician, he moved to Los Angeles and by 1962 was a member of the Wrecking Crew, where he appeared on tracks including Elvis Presley‘s “Viva Las Vegas”, the Byrds’ “Mr. Tambourine Man” and the Righteous Brothers’ “You’ve Lost That Lovin’ Feeling”.

In 1964, when Brian Wilson stepped down from performing with The Beach Boys, Campbell replaced him on bass and high harmonies.

Campbell had his first major hit in 1967 with “By the Time I Get To Phoenix“, written by Jimmy Webb; the start of a hugely successful collaborative relationship that yielded “Galveston”, “Gentle On My Mind” and “Wichita Lineman“.

“We both came from almost identical backgrounds, raised in small towns in adjacent states, and both grew up with music as almost a daily application of family ritual, played in church and sang with our brothers and sisters,” Webb told Uncut in 2016.

“We found this area where we were very comfortable together musically. He understood what I was playing. He would stand behind me and watch my hands on the piano keys and divine the positions that he would need to take on the frets of the guitar. He would play the bass notes as well. I realised he was at least my equal and probably someone I could learn a great deal from if I would just shut up and pay attention.”

During a career that spanned six decades, Campbell sold over 45 million records. He also co-starred with John Wayne in 1969’s True Grit.

Since news broke of Campbell’s death, tributes have been paid by Brian Wilson, Ringo Starr, Dolly Parton and many more.

I'm very broken up to hear about my friend Glen Campbell. An incredible musician and an even better person. I'm at a loss. Love & Mercy.

God bless and peace and love to Glen Campbell thanks for the music The real rhinestone cowboy and love to all his family ?✌️?????☮️

Glen Campbell was one of the greatest voices of all time. I will always love you, Glen! pic.twitter.com/LQFEWA42lF

Sad to hear Glen Campbell passed. He was a GREAT guitar player, and a great person. Rest in peace my friend- Thanks for all the music.

RIP Glen Campbell … still love the G C edition of the 12 string Ovation you gave me in '73 … I'll play it tonight with love.

My sincerest condolences to @ashcambanjo and the family of Glen Campbell.
As a child, I grew up on the musicianship of Glen.