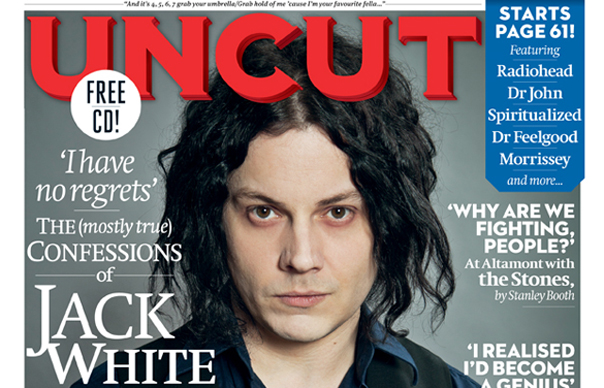 White is on the cover, talking about his solo debut Blunderbuss, notions of authenticity in rock and The White Stripes’ split.

Elsewhere in the issue, The Rolling Stones’ infamous night at Altamont is recalled in an excerpt from a new edition of Stanley Booth’s book The True Adventures Of The Rolling Stones, and Alex Chilton’s strange life after Big Star is examined.

New pictures from the shoot for Springsteen’s Born To Run feature in our Instant Karma section, and Pete Townshend talks about The Who, Lifehouse and his own solo albums in this month’s Album By Album.

Gregg Allman features in An Audience With… and new albums and reissues from Dr John, Spiritualized, Graham Coxon, T.Rex and Jerry Lee Lewis are reviewed – alongside the latest movies and DVDs.

The new issue is available in shops from March 29.