News just in: the programme has been announced for this year’s Sundance London festival. 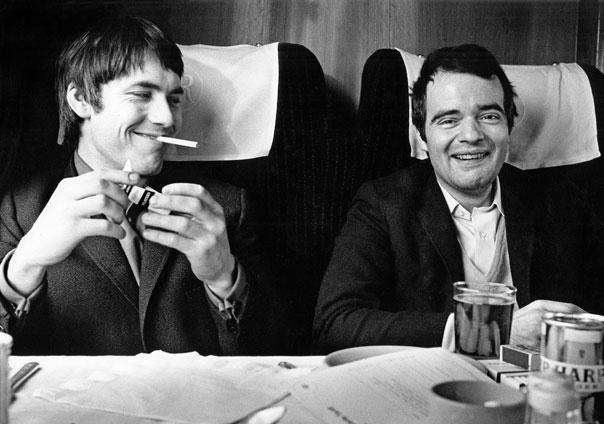 News just in: the programme has been announced for this year’s Sundance London festival.

The festival runs at London’s O2 from April 25 – 27. Here, at any rate, are five of the most promising looking events and films cherry-picked for you from the full line-up…

Lambert & Stamp. Despite reports that the band themselves are slowing down, it is nonetheless an exciting year to be a Who fan. There is a biopic in the works about Kit Lambert, the band’s first manager, but in advance of that comes this documentary about Lambert and his management partner Chris Stamp. Director James D Cooper has reportedly been given full access to the band’s archives; Roger Daltrey and Pete Townshend and among the interviewees.

Finding Fela. Director Alex Gibney has made a number of hefty, ambitious projects about polarising individuals including Lance Armstrong and Julian Assange. Here he turns his attention to Fela Kuti, with the intention of documenting the musical and political careers of the Afrobeat pioneer, as well as offering a more personal account of his extravagant, impulsive personality.

Blue Ruin. Taking a break from the music documentaries, it’s worth flagging up this American indie which rather conveniently finds the point where the best aspects of Sundance’s programming and Uncut’s film coverage converge. Enticingly dubbed ‘backwoods-Gothic’ by Variety, it follows a drifter out to avenge the murder of his parents.


Hybrid Vigour: When Music, Art and Documentary Collide. Potentially interesting gear, as the title suggests this takes in to account the role of artists and musicians in documentary filmmaking with a panel including Jarvis Cocker, Edwyn Collins and filmmakers/artists Iain Forsyth and Jane Pollard.

You can find more details about the rest of the programme, including times and prices, over at the Sundance London here.

Incidentally, the Coogan film I mentioned at the top is The Trip To Italy, but I’ll blog about that separately later this week…