When I first started reading what used to be Melody Maker, in a time now shrouded not so much in what are usually called the mists of time as they are in a fog as dense as anything that might gather over Dogger Bank, I used to accept its weekly delivery in the manner of some kind of jackal, cur or otherwise fanged and ravenous critter. 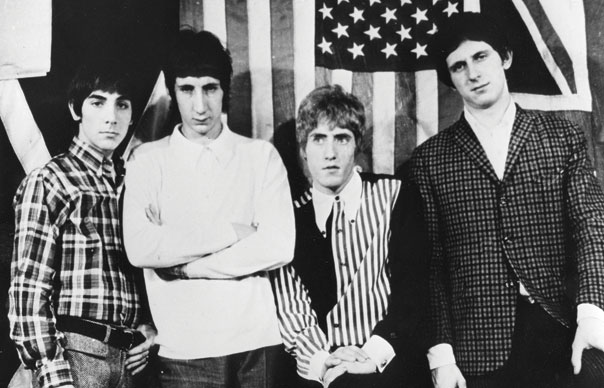 When I first started reading what used to be Melody Maker, in a time now shrouded not so much in what are usually called the mists of time as they are in a fog as dense as anything that might gather over Dogger Bank, I used to accept its weekly delivery in the manner of some kind of jackal, cur or otherwise fanged and ravenous critter. Which is to say I would fall upon it voraciously and devour it from cover to cover, including the Jazz Scene round-up and Folk News, which I thought were both a bit square compared to what elsewhere you could read about The Rolling Stones, The Who and The Kinks, all of whom were by then following The Beatles into the charts, a whole new world taking shape out there.

Lurking in the hinterlands of MM back then was something called Club Calendar, whose deeply mesmerising pages advertised upcoming gigs in mostly London venues where the bands currently claiming so much of my attention could be seen regularly at clubs where reputations were being forged and tomorrow’s music was being made today. Among the places that hosted the wild new sounds of these groups were The Railway Hotel, where the Stones had started out, the Eel Pie Island Hotel, Klooks Kleek, The Scene, The 100 Club, The Flamingo and, of course, The Marquee, which was as far as I could tell was pretty much the centre of this particular universe. It was certainly somewhere I wanted desperately to be on Tuesday nights towards the end of 1964, when The Who started a residency there, their appearances advertised by the now-famous poster of Pete Townshend, Rickenbacker aloft, right arm above his head, against a black background, and in white lettering the delirious promise of MAXIMUM R&B.

How electrifying it must have been to be part of The Marquee crowd then, with The Who – and a little later Jimi Hendrix, Pink Floyd and Led Zeppelin – kicking off in their delinquent pomp, a whole scene building around them that revolutionised British music in the 60s, an era of multiple excitements that is brilliantly recalled in the cover story Peter Watts has written for the new Uncut (on sale this Thursday, March 28), in which Pete Townshend, among other notable veterans of the era, charts The Who’s incredible early ascendency and The Marquee’s part in it as the most important venue at the time in the UK.

One of the bands who early in their career made an almost obligatory appearance at The Marquee was Cream. As befitting the first so-called supergroup, however, Eric Clapton, Jack Bruce and Ginger Baker were soon filling rather larger venues, especially in America where they were treated like gods. Their all-conquering momentum swept all before them for two years, until deep-rooted divisions blew them apart, but not before they’d done their bit in radically altering the contemporary musical landscape.

Also in the new issue, we visit Richmond, Virginia, where we meet Matthew E White, whose debut album, the fantastic country-soul extravaganza Big Inner, has provoked such heady excitement, say goodbye to the much-loved Kevin Ayers, talk banjos and comedy with Steve Martin, and find out about the Coen Brothers’ new film, Inside Llewyn Davis, set in the Greenwich Village folk scene of the early-60s. Elsewhere, Jeff Lynne talks us through a recording career that at various time has seen him involved with the Beatles, Bob Dylan, Brian Wilson and, of course, ELO, Eddie And The Hot Rods remember “Do Anything You Wanna Do” and Steve Earle tells us about the records that have most inspired him.


In another bumper month for album releases, we review the new records from Kurt Vile, Eric Burdon, Iggy And The Stooges, Iron And Wine, The Flaming Lips and Phoenix and re-releases from Shuggie Otis, The Breeders, Country Joe and Morrissey. My Bloody Valentine, John Grant and Wilko Johnson are meanwhile reviewed live, and David Bowie, The Clash and Gram Parsons feature in our books section.

Enjoy the issue and if you have any memories you want to share about legendary nights at the Marquee, write to me at allan_jones@ipcmedia.com.


Have a great week.