A live album is on the way 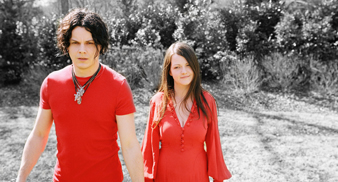 The White Stripes‘ final gig recording is set to be released as a live album.

Jack and Meg White‘s last gig together took place on July 31, 2007 in Southaven, Mississippi. The album will come out on vinyl and has been given the title ‘Live In Mississippi’.

See below for the setlist.

The defunct band are also set to release a new DVD, ‘Under Moorhead Lights All Fargo Night’. This release was recorded at Ralph’s Corner Bar in Moorhead, Minnesota on June 13, 2000.

Also, one of The White Stripes‘ first ever recordings, a cover of Love‘s ‘Signed DC’, will also be released on seven-inch vinyl. It also features a B-side: a cover of Otis Redding‘s ‘I’ve Been Loving You Too Long’.

These releases are the first of those promised in the statement the band put out when they announced their split in February. They will only be available via White‘s paid-for Vault fan community scheme.

The setlist of ‘Live In Mississippi’ is:

‘Stop Breaking Down’ (Robert Johnson Cover)
‘Let’s Build A Home’
‘When I Hear My Name’
‘Icky Thump’
‘Dead Leaves And The Dirty Ground/’As Ugly As I Seem’
‘The Same Boy You’ve Always Known’
‘Wasting My Time’
‘Phonograph Blues’ (Robert Johnson Cover)
‘Cannon’/’John The Revelator’
‘Death Letter’ (Son House)
‘Astro’
‘Apple Blossom’
‘You Don’t Know What Love Is (You Just Do As You’re Told)’
‘In the Cold, Cold Night’
‘I Want to Be the Boy to Warm Your Mother’s Heart’
‘Hotel Yorba’
‘A Martyr For My Love For You’
‘Ball And Biscuit’
‘300 MPH Torrential Outpour Blues’
‘Blue Orchid’
‘I’m Slowly Turning Into You’
‘Boll Weevil’