The War On Drugs break silence on Mark Kozelek feud

Frontman Adam Granduciel also says offer to play together at Fillmore was bogus... 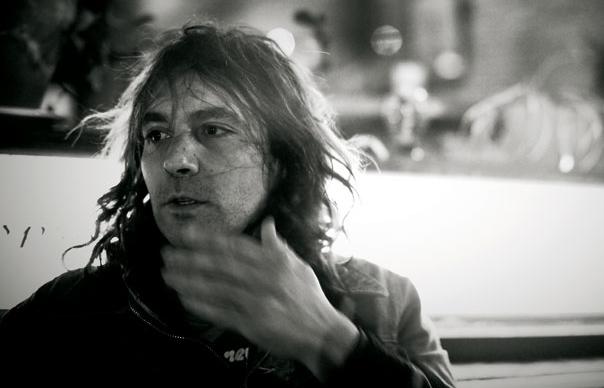 The War On Drugs have spoken about their ongoing spat with Sun Kil Moon’s Mark Kozelek following the release of his diss track, War On Drugs: Suck My Cock.

The beef began when Kozelek complained that sound from The War On Drugs’ set bled into Sun Kil Moon‘s stage at Canada’s Ottawa Folk Fest on September 14. After cross words shared online, Kozelek challenged The War On Drugs to let him join them at San Francisco’s The Fillmore on October 6, where he proposed they’d play “a hilarious song I’ve written called ‘War On Drugs: Suck My Cock/Sun Kil Moon: Go Fuck Yourself'”. The guest appearance failed to happen and the song was released online instead.

Speaking to Songs For Whoever, War On Drugs frontman Adam Granduciel explained that he was interested in having Kozelek appear with them at the Fillmore when the offer was made privately through a mutual friend, but that he didn’t respond before Kozelek’s self-imposed deadline and the offer “expired”. Only then was the challenge posted online. Granduciel said it was when he heard the song that he began to take the criticism to heart

Granduciel said: “I mean, to be fair to that idiot, what he said in that song… I didn’t really have a problem with any of it until I heard the song. First of all, he never met us, and yet said all these things. He’s such a douche.”

Speaking about the Fillmore challenge, Granduciel said: “I was really excited and was gonna write him back in a couple of days, because I was busy at the time. Then two days later I get an email back from him, saying, ‘The offer has expired, maybe when I get home from tour I’ll go to Starbucks and buy your record.’ I was like, ‘You’re such a fucking prick, dude.’ He was such an asshole, I didn’t even say anything. Then he goes to the internet and he ‘challenges’ us to this thing, but I was like, ‘You fucking prick, you already said ‘No’!’ He’s such a fucking child.”

“And then the song is just idiotic, he’s just a fucking idiot. I don’t have time for idiots. I’m just pissed that he tried to make it come out like he was challenging us. I had already essentially agreed to it, and then the Starbucks comment… what the fuck, dude. Get over your fucking self.”