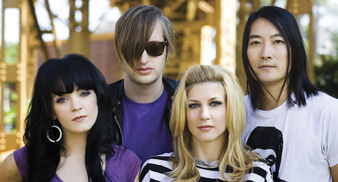 The Von Bondies will release a new album, entitled ‘Love, Hate and Then There’s You’ through Fierce Panda on May 4.

The band’s third studio release it will be preceded by a UK tour.