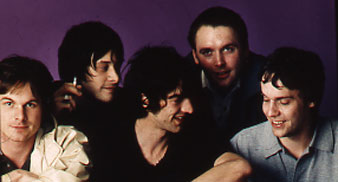 The Verve have announced a second set of UK live dates, after their original series of shows, taking place next month sold out.

Tickets for the shows will go on sale this Friday, October 5 at 10am (BST).
Fans who subscribe to The Verve’s mailing list at www.theverve.tv will be able to purchase tickets a day earlier on the 4th, via a password link.

The new dates are:

The band’s November dates are: