The Stone Roses have apparently been rehearsing for their comeback gigs without drummer Reni aka Alan Wren, according to Matthew Priest of Dodgy. 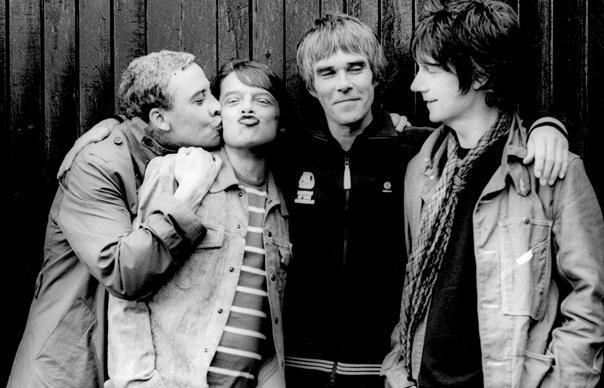 The Stone Roses have apparently been rehearsing for their comeback gigs without drummer Reni aka Alan Wren, according to Matthew Priest of Dodgy.

Priest, who drums with the Britpop band, who have also recently staged a comeback, was being interviewed on XFM – via The Sun – when he made the comments. Priest said: “I bought tickets because The Roses were one of my favourite bands and Reni was playing. But I’ve heard rumours that Reni might not be playing – he’s not well apparently and they’re rehearsing with another drummer. They’ve sold a lot of the 250,000 tickets because of Reni – I’d want to see them with Reni.”

The Stone Roses’ rep has refuted this, saying that the band are currently rehearsing with “all four members”.

Meanwhile, Brad Pitt has requested tickets to watch The Stone Roses’ UK reunion shows this summer, according to reports. The Hollywood A-lister is a big fan of the Madchester legends, says a source close to the actor, and has requested four tickets to see the band play at Heaton Park this summer while his wife, Angelina Jolie, is filming a new movie.

The gigs will take place from June 29 to July 1, with Primal Scream, Beady Eye and Plan B heading up the support bills on each of the three nights, while Bob Marley’s backing group The Wailers will play third on the bill for each of the shows.

Primal Scream will be joined by The Vaccines and Kid British on the opening night, while Saturday’s bill sees Professor Green and Hollie Cook slated to perform before Beady Eye. Plan B will play on the closing night after The Justice Tonight Band – which comprises The Clash‘s Mick Jones, Pete Wylie and The Farm – and Dirty North.

Meanwhile, a special collectors’ issue dedicated to The Stone Roses is currently available. Produced by the teams behind NME and Uncut, the magazine features the story behind Ian Brown and co’s rise to the top, the creation of their seminal debut album, the legal wrangles and lengthy delays behind their second LP Second Coming and their reunion late last year. The issue is available on newsstands and digitally.