The Specials To Reunite At Bestival (Sort Of) 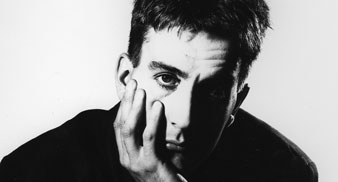 Two of The Specials are to re-unite for their third joint festival appearance this Summer. Lead singer Terry Hall and guitarist Lynval Golding are to both appear at this weekend’s Bestival on the Isle Of Wight.

The two, who also made up two thirds of Fun Boy Three (along with Neville Staple) after The Specials disbanded in 1981 – will both be performing with dub beats DJs Dub Pistols in the Bestival Big Top on Sunday (September 9) night from 6.15pm.

They will play one Specials track and one from the Fun Boy Three catalogue too.

Terry Hall has collaborated with the ‘Pistols since 2003 and provides vocals for two tracks on the latest Dub Pistols album ‘Speakers and Tweeters’ – appearing on both ‘Rapture’ and ‘Gangsters.’

At this year’s Glastonbury, Lynval Golding appeared on stage alongside Terry Hall – first with Lily Allen on the Pyramid stage – and later with Damon Albarn, when they all performed The Specials’ classic ‘A Message To You Rudy’.

For more about the what happened at the end of The Specials – see the new, October edition, of Uncut – Terry Hall, Jerry Dammers, Roddy Radiaton and producer John Collins talk us through the making of ‘Ghost Town‘ – the band’s last ever record.

Hall comments “I think it’s brilliant how it ended. And Chrysalis gave us a gold disc for it, which was even funnier. ‘Riots, unemployment – here’s a gold disc!’ It was the only way we could have finished, really.”

For more information about this year’s Bestival – click here.